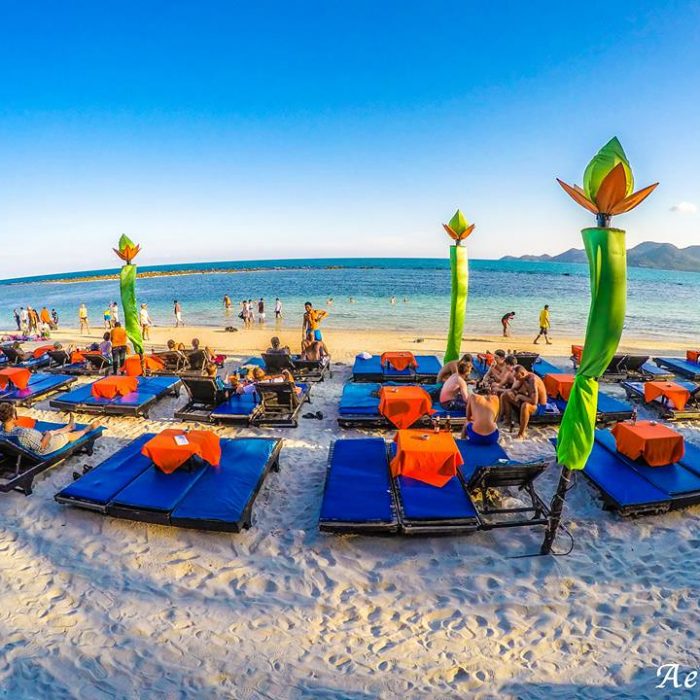 The package has been delayed since November due to the second wave of outbreaks.
Photo By: Some Rights Reserved byIsland Info

The Ministry of Tourism and Sports is looking at the possibility of offering subsidies to tour packages instead of individual travelers. The proposed package covers those companies that sell travel deals to people who are more than 55 years old.

According to Tourism and Sports Minister Phiphat Ratchakitprakarn, his agency is concerned about the protracted delay experienced by this stimulus package, which is separate from the existing “We Travel Together” domestic tourism package that is now on its third phase.

The stimulus package was supposed to have begun offering the subsidies last November. However, the outbreak of the second wave in Samut Sakhon in late December has delayed its implementation.

Minister Phiphat explained that, as opposed to the “We Travel Together” stimulus package, this new stimulus package is specifically targeted towards firms that are specializing in tourism that targets the elderly.

However, it also offers subsidies intended for individual tourists to reimburse them for their hotel and airfare expenses.

Because of their more specialized focus, these companies have been excluded from the perks offered by the We Travel Together subsidy campaign.

For this stimulus package, however, Minister Phiphat said that it would be more efficient if the subsidies are distributed to the tour companies instead of the travelers.

For now, the Tourism Ministry is exerting efforts in order to convince the National Economic and Social Development Council to take this novel approach on this new stimulus package. Mr. Phiphat also hopes to have the stimulus package approved by March.

“We have to make it clear the payment for this project should happen as soon as possible,” he said.

Specifics for the stimulus package are as follows:

Like the We Travel Together campaign, tourists will be given a 40% subsidy off their hotel and airfare expenses. The new stimulus package has a THB5,000 cap per person.

If approved, the stimulus package can generate a possible THB18 billion in revenues that would be circulating in the economy.

Mr. Phiphat also spoke about the possibility of easing restrictions on quarantine and passports regulations in the wake of vaccination efforts from many countries around the world.

However, he explained that Thailand has to wait for the World Health Organization to officially endorse the vaccines. With this endorsement, international tourists can now be free of the quarantine requirements that are currently in effect in the Kingdom and other countries.

Mr. Phiphat said, that with various countries using different vaccines to roll out their programs, an announcement from WHO can create a standard that can be adopted worldwide for immunization efforts.

In the meantime, Mr. Phiphat said that his Ministry is mulling over the possibility of area quarantine instead of hotel quarantine. Under this system, guests will only need to be isolated in their hotel rooms for three days. They will then be allowed to roam around a restricted area within the hotel grounds until their 14 days quarantine is complete.

This is nearly similar to the villa quarantine that was recently launched in Phuket.

Mr. Phiphat said that there 6,500 hotel rooms ready to submit applications for the area quarantine program.