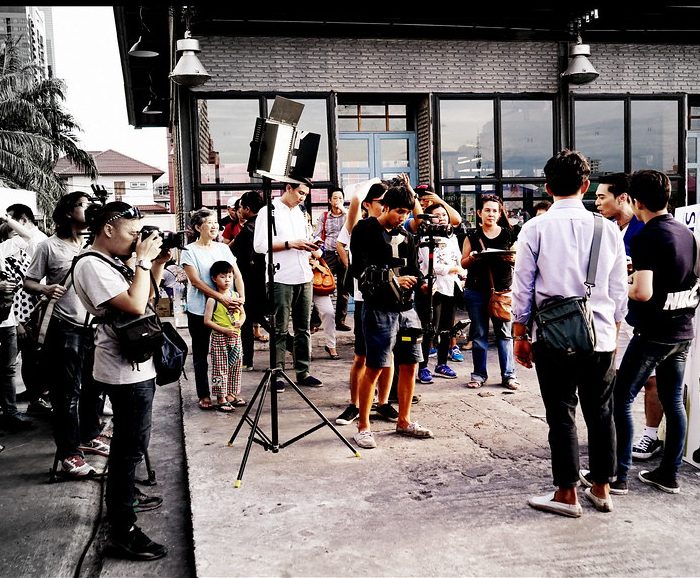 Film productions are seen as an alternate for tourism as a source of revenues for this year.
Photo By: Some Rights Reserved bysnakephoto

With foreign tourism still not feasible in this pandemic, the Tourism Department is turning its attention to another possible source of revenues from which it wants to earn THB3 billion.

According to the Tourism and Sports Ministry, they are targeting film crews and film productions for this year in order to hit that goal. It is targeting film projects that are worth more than THB100 million as a means of recouping the loss incurred last year from the lockdown on international tourism and air travel.

Revenues last year from foreign tourism dropped a significant 82.63%, with only 6.7 million international tourists coming to the island before the ban and after the Special Tourist Visa was launched. This resulted to relatively low revenues of THB332 billion.

According to the Tourism Department director-general Anant Wongbenjarat, film productions are the next best source of revenues for local businesses in the absence of the decline in foreign tourism.

Last year, the Department said that 176 projects were shot in Thailand last year. This translates to THB1.73 billion of revenues for the Thai economy. Most of these projects were shot by Chinese, Indian, British, American and South Korean film outfits.

53 film productions based in Thailand were also shot last year between August and December. August was when the Center for COVID-19 Situation Administration granted permission for film crews to start entering the country for their projects.

This is a significant drop compared to the 740 foreign film productions that were shot in the Kingdom last year. These products raked in THB4.86 billion in revenues for the Thai economy.

Mr. Anant said that four additional projects have joined the scene and are currently filming in Thailand. These four projects are expected to generate at least THB186 billion.

Out of the 57 projects that have started shooting in Thailand since permission was granted, 49 projects have already been completed. 13 film crews have just recently completed their 14-day quarantine, and are ready to start shooting their films in Thailand.

There are an additional 89 film crews that are still in their quarantine period after arriving in Thailand.

Another 136 crews are waiting for permission from the government to allow them to shoot their projects. These are from nine film outfits, and will be shot within the first half of the year. The department expects these projects to generate about 800 jobs for local Thais.