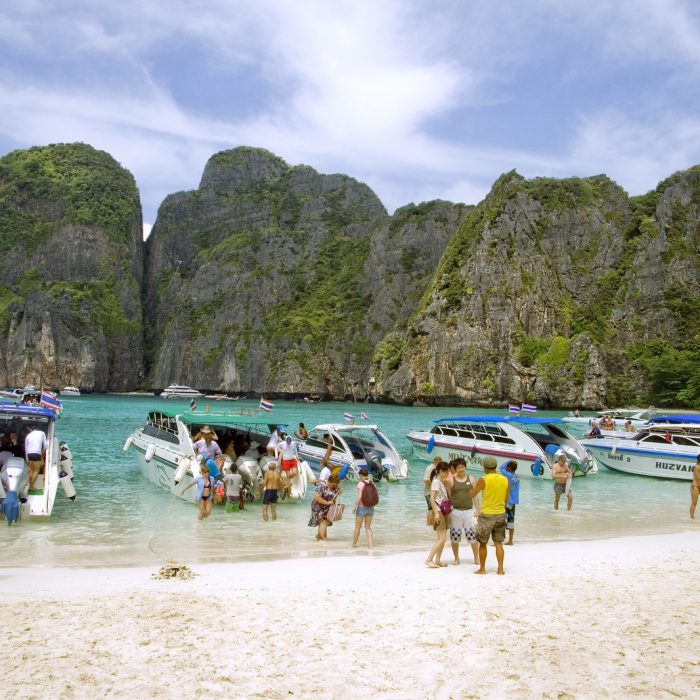 All are pinning their hopes on a safe and effective vaccine.
Photo By: Some Rights Reserved byPiotr Rataj

Operators in the tourism sector who continue to operate amidst the pandemic continue to remain hopeful of a comeback this year, looking to the availability of vaccines to improve traveler sentiment despite the current COVID-19 situation in Thailand.

Tourism has suffered the hardest since the imposition of the emergency decree in April, which saw the banning of international air travel in and out of Thailand.

Tourism is Thailand’s biggest source of revenue and driver of economic growth.

In an attempt to aid tourism as much as possible, the government had launched the “We Travel Together” stimulus package which aimed to encourage domestic tourism. This is to inject revenues while international tourism is still not back en masse.

In October, the government launched the Special Tourist Visa which initially aimed to bring in tourists from low-risk countries for long-stay holidays of at least 90 days in the Kingdom. This was later revised to include citizens from all countries regardless of their risk factor.

From January to November 2020, the Ministry of Tourism and Sports said that the sector earned only THB760 billion, 71.75% lower than the THB1.93 trillion earned in the same period in 2019.

Despite these efforts, the tourism industry continue to be affected by traveler sentiment. Fears of the virus have caused spates of hotel reservation cancellations all over the country.

Thailand is currently dealing with a second wave of the coronavirus. The first outbreak was centered on the Samut Sakhon Central Shrimp Market, where a majority of migrant workers are employed and were exposed to the COVID-19.

People from other provinces had come to the province and were infected, bringing the virus with them to their provinces. For now, it has already spread to more than 50 provinces including Rayong, where another “super spreader” in illegal gambling dens caused a second cluster of infections.

Tourism operators, however, remain optimistic as they pin their hopes on the production of vaccines.

Tourism Association of Koh Samui Worasit Phongkhamphan said that, if local infections can be contained as early as the first quarter, tourism in Koh Samui can see a slight return.

He also said that if vaccines prove to be effective by the end of 2021, Westerners can then be allowed to visit Thailand on commercial flights provided that they are inoculated with the vaccine.

Phuket Tourism Council Sarayuth Mallam said that Phuket’s recovery can only be possible once a large part of the population has been vaccinated and foreign travelers are allowed to enter Thailand again.

Ekkasit Ngampichet of the Pattaya Business and Tourism Association said that Pattaya’s economic revival is dependent on the availability of vaccines and foreign tourists.

“If vaccines tested by other countries prove effective and foreigners are allowed into Thailand, we might be able to get back and running sooner,” Mr Ekkasit said.