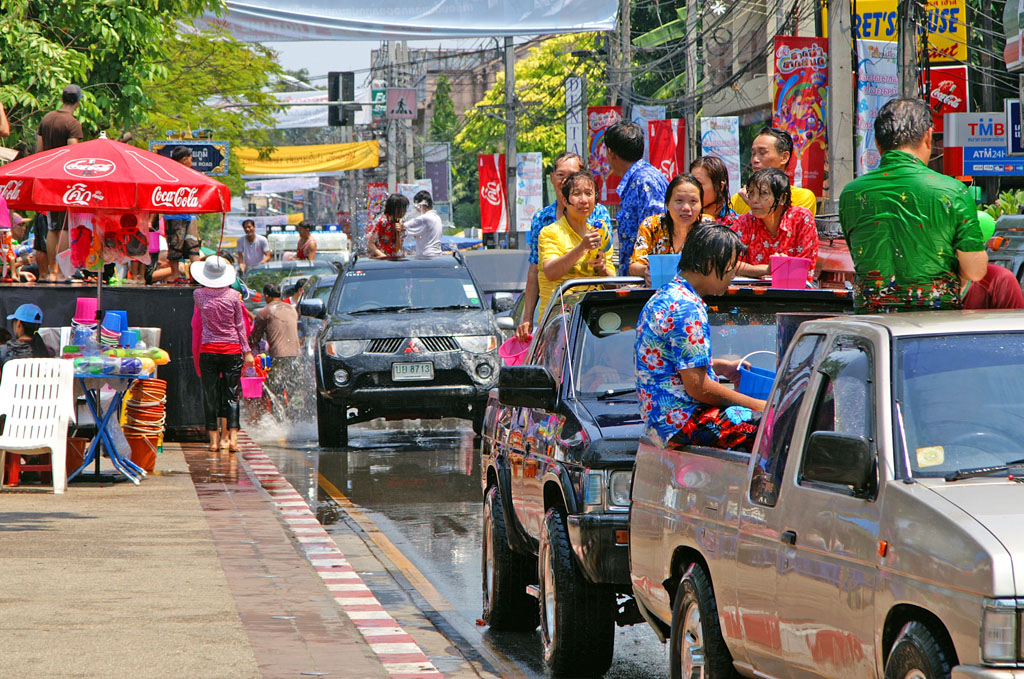 Bookings for both hotels and airlines are increasing above current levels for Songkran.
Photo By: Some Rights Reserved byUweBKK (α 77 on )

Tourism operators all around Thailand are pinning their hopes for a partial recovery on the upcoming Songkran festival. This is Thailand’s New Year and a significant holiday as well as a major source of revenue in years past.

The CEO of Centara Hotels and Resorts, Thirayuth Chirathivat, said that they have received a high number of forward booking for entire week that the Songkran festival is to be celebrated. Even though the levels are lower than that of April 2019, the hotelier still consider the booking levels to be “outstanding.”

He said that hotels in several destinations are receiving significant numbers of booking, despite the lack of a subsidy campaign after the “We Travel Together” stimulus package was not extended due to complaints of fraud.

The peak dates for booking are between April 11 and April 14, Mr. Thirayuth said.

On the other hand, Bangkok Airways President Puttipong Prasarttong-Osoth said that they are expecting a positive response from domestic tourists after the government extended the holiday to six days.

Mr. Puttipong avoided giving an estimate on the number of passengers that will be flying through the carrier. This is because Bangkok Airways can only carry 30% of its airplanes’ capacity. In turn, the airlines is doing so because of lackluster domestic passenger demand, which has slumped due to the onset of the second wave in December last year.

However, the demand is slowly rising now that the second wave has been put under control by the government.

For now, regular flights by the carrier are at 6-8 per day to Koh Samui. With the Songkran festival looming, the airline is seeing an increased frequency of 20 flights per day.

Thai Lion Air’s commercial operations chief said that routes are seeing an increase in booking for the week of the Songkran festivities. Without the festival, bookings are still below 50% of their pre-pandemic levels, but the Songkran festival should push that to 100%.

Ms. Nuntaporn Komonsittavate said that passengers are currently adopting a wait-and-see approach when booking flights, avoiding bookings that are several months in advance of their expected departure date.

For her airline, Ms. Nuntaporn said that most of the passengers making bookings are heading to either Chiang Mai, Hat Yai or Phuket.

With the off-season just two months away, the Thai Lion Air operations head said that they are working with partners to offer special deals.

“We have not considered any buffet-style tickets at this moment,” Ms Nuntaporn said. “But we plan to roll out more new promotions throughout the year to attract tourists.”

Unlike Bangkok Airways, Thai Lion Air flies 40 flight per day. In January and February, the airline only flew 20-30 flights because of the Samot Sakhon outbreak.

TLA wants to keep its average load factor at 70%. Ms. Nuntaporn said that they are avoiding making projections on the actual number of passengers that they will ferry across destinations, but added that they see improvements in the future because of the recently reopening plan for international tourism.