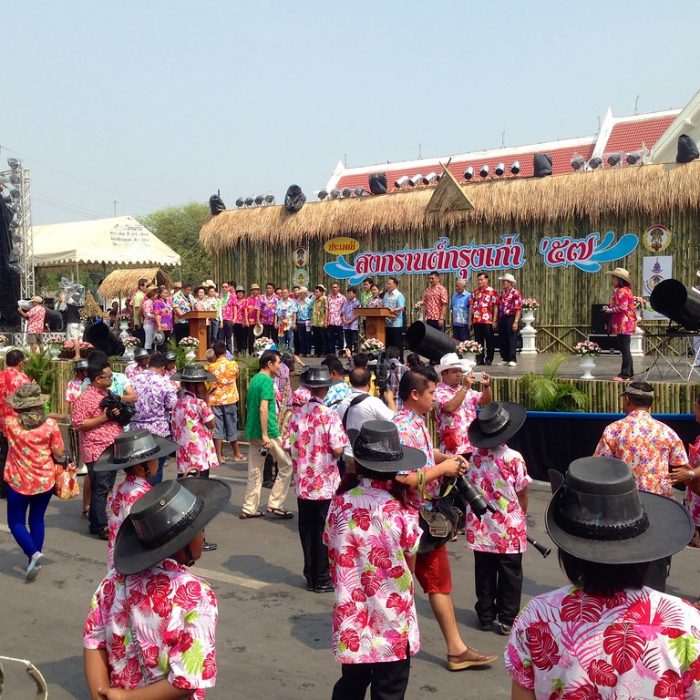 Despite Thailand’s biggest holiday coming within 30 years, the tourism sector is still expecting a slow turnout for Songkran and is asking the government to step in and come up with stimulus plans to drive visitors to the various destinations.

According to the Association of Domestic Travel President, Thanapol Cheewarattanaporn, people are preferring to visit their family members and relatives during Songkran than taking trips to visit tourist destinations because of limited spending power. The lack of a stimulus package to boost purchasing power reinforces that decision.

In addition, Mr. Thanapol said that tourist sentiment towards Songkran is poor because of the government is likely to prohibit traditional activities like water splashing and powder paste.

To aid with this, Mr. Thanapol said that the government should accelerate the approval of the proposed tourism co-payment scheme, in which tourists can have 50% of their travel expenses subsidized by the government.

The proposed measure will allow locals to enjoy up to THB3,000 in subsidies for traveling to local destinations.

This measure is proposed as a replacement for the “We Travel Together” stimulus package, which the government is not planning to extend for a third phase due to widespread fraud and graft on the part of businesses participating in the scheme.

Fraudulent activities include hotels faking reservations in order to receive subsidies and businesses like restaurants faking meals to receive the assigned subsidies as well.

The Cabinet of Prime Minister Prayut Chan-o-cha had ordered the Minister of Tourism and Sports to come up with new campaigns with stipulations that can prevent similar fraudulent behavior in the future.

Mr. Thanapol said that his organization will be meeting with the Tourism Ministry early April in order to re-submit an older tourism package aimed towards travelers aged 60 years old and above.

Under the ADT’s plan, which was submitted six months ago, people of this age group can enjoy subsidies of up to THB5,000 when traveling domestically. The plan was since incorporated into the Travel Around Thailand scheme of the Ministry.

The plan is awaiting Cabinet approval. Once the Cabinet gives the green light, the scheme will start offering tour packages in May.

Mr. Thanapol said that many of its members appear to be inactive because there is no significant tourist activity going on despite the previous stimulus packages.

Statistics from the Tourism and Sports Ministry show that a total of 396 tour operators have surrendered their licenses to the Department of Tourism in January and February due to a dormant market.

Tourism Council of Thailand President Chamnan Srisawat said that tourism firms are uncertain about their future, and highlighted the need for continuous support for the domestic sector, which remains the industry’s only source of income while international tourism remains only a prospect.

Mr. Chamnan added that the government must come up with an alternative to the We Travel Together stimulus package by April if it will not extend the scheme.