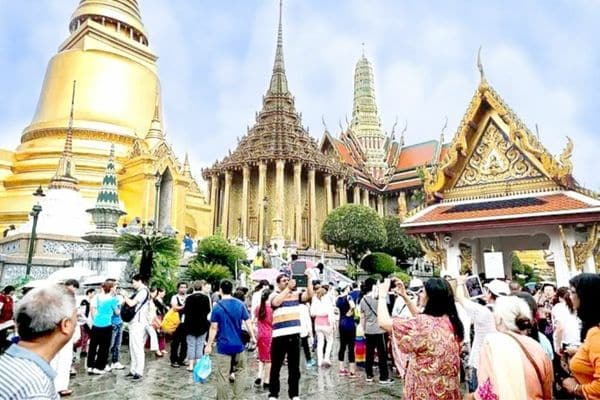 Government spokesman Anucha Burapachaisri said that tourism in Thailand is almost back to pre-pandemic levels, but the Ministry of Tourism and Sports anticipates that tourists will spend less than expected. Since January, 5 million foreign tourists have arrived in Thailand, which is half of the projected numbers set by the government. With 1 million tourists entering the country in September, the Thai government is confident that the annual target is within reach.

Recent statistics show that the decline in tourism numbers for the 3rd quarter is due to recent widespread flooding in the country. However, authorities anticipate that tourism numbers will rebound in the 4th quarter as foreign travelers are eager to travel and will be attracted by scheduled year-end events. In the last 3 months of 2022, officials anticipate at least 1.5 million foreign tourists every month.

The Thai government is exerting a lot of effort on promotional marketing by working with local and provincial governments and tourism companies. They also anticipate that their intensive push to attract wealthy travelers and expats would increase tourism revenue. The Tourism Authority of Thailand (TAT) is collaborating with airline companies to run campaigns and give discounts to boost end-of-year tourism numbers.

Phuket announced that it’s domestic air arrivals had increased to 84% of pre-pandemic levels, while its foreign air arrivals have reached around 40% of pre-pandemic levels. The majority of these tourists come from the Middle East and India.  It is also anticipated that travel restrictions imposed by China and Russia will be lifted next year, allowing for an inflow of international tourists.

The government predicts that foreign tourists would contribute THB 970 billion baht of the total THB1.73 trillion baht in tourism earnings projected for next year.  In addition, the TAT has reduced its financial goal for tourism earnings from THB1.2 trillion baht to THB1.08 trillion baht. This is the third time this goal has decreased since it was originally set at THB1.5 trillion at the start of the year. The TAT governor said that decreasing buying power has affected income despite the fact that local and foreign airlines have added additional long-haul flights and seat capacity to attract tourists to Thailand.

The TAT is working with Taiwan-based EVA Airways to bring additional flights to Europe with stopovers in Bangkok. If the conflict between Ukraine and Russia is resolved, next year should see an increase in chartered flights from Russia.

Stay in Thailand with your family for 5 years or up to 20 years with Thailand Elite Visa.  For more information CLICK HERE.