‘We Travel Together’ Needs a Revamp, TAT Says 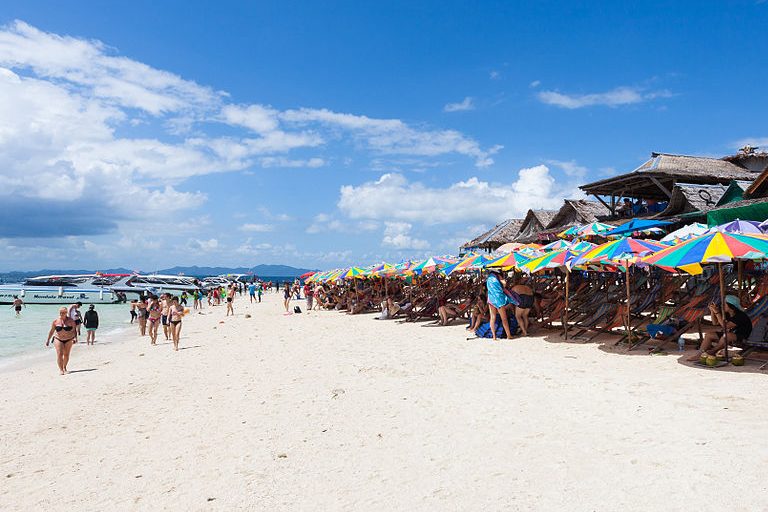 The Tourism Authority of Thailand says the stimulus package for domestic tourism needs a revamp to meet its deadline.
Photo By: Diego Delso / CC BY-SA

The Tourism Authority of Thailand has acknowledged existing flaws in the ‘We Travel Together’ stimulus package intended to boost domestic tourism, and is conceding a major revamp in order to meet the package’s targets.

The TAT also acknowledged that the package had indeed generated THB3 billion for the local tourism industry, but pointed out that only less than 20% of the registrants to the program actually made use of the benefits provided since the package was launched in July.

The stimulus package set aside THB22.4 billion intended for local Thais to support the ailing tourism industry, and generate income in place of foreign tourists. The package was first launched on July 18 and initially scheduled to run until October 31.

However, the package saw only 851,321 registrants making bookings in registered hotels as of the first week of September.

TAT Governor Yuthasak Supasorn acknowledged the effects of Thai citizens’ limited purchasing power on the actual performance of the stimulus package in its first 50 days. This, he said, has made his agency think about introducing new mechanisms to create more demand and generate more bookings in hotels and airlines.

The latter has specifically seen the lowest numbers in terms of redemptions. As of September 5, there have been only 8,703 ticket bookings with participating air carriers, generating only THB23.6 million in revenues.

The main culprit for this performance is thought to be the difficulty in getting the discounted price. Instead of awarding the 40% discount upon checkout, potential tourists only get the 40% subsidy as a cashback after the completion of the trip.

In response, the TAT has meet with participating airlines last week and has put forth the suggestion of providing an instant 40% discount upon booking.

Hotel bookings, on the other hand, have seen significant numbers in transactions. This is due to the THB600 and THB900 e-vouchers that locals can redeem instantly upon arriving at their hotels. This seemingly attractive perk has generated THB388 million in revenues to local operators.

However, hotel bookings are not widespread. These bookings only generated income for 4,014 hotels, while there are a total of 7,130 establishments registered in the stimulus package.

In terms of destinations, a bulk of tourist arrivals are focused on Chonburi, Phuket, Prachuap Khiri Khan, Chiang Mai and Bangkok.

Acknowledging these performance metrics, the TAT has decided to extend the deadline of the ‘We Travel Together’ stimulus package from October 31 to end of December.

This will not only widen the demand and tourist base, but will also take advantage of the traditional “high season” of some provinces in the Kingdom.

As part of its drive to generate income for local tourism amidst a stay in foreign tourism, the Tourism Authority of Thailand has announced several schemes to entice expats to support local tourism.

The first one is a THB500 cash handout to expats and their families who will be traveling and visiting the country’s tourist destinations.

The second one is a partnership with Alipay and travel platform Fliggy to introduce cash subsidies for Chinese expats who will travel as domestic tourists.

The TAT also announced that it is taking action to exempt foreign expats from the dual pricing scheme.