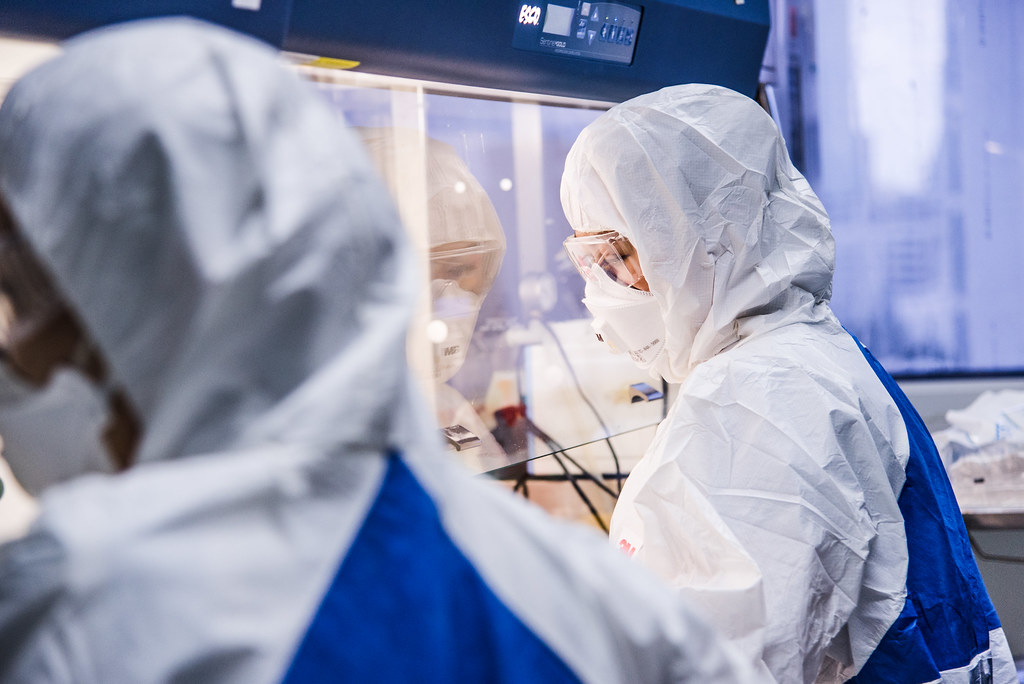 A woman from Chon Buri died on Saturday from COVID-19.
Photo By: Some Rights Reserved byWHO Thailand

The Kingdom continues to come to grips with the unprecedented rise in the number of cases of the COVID-19. As of Saturday, the total number of cases is at 7,739, with 216 new cases recorded over the weekend alone.

The CCSA said that they are investigating the details of 154 of the new cases to determine the sources of their infections. 23 of the cases involved people who have had history with previously reported cases, who worked in areas with high risk to the virus, or who travelled to high-risk areas despite warnings.

In addition, the CCSA also reported the latest fatality to the COVID-19 in Thailand. According to the regulatory body, the fatality is a woman who visited a gambling den in Chon Buri. She was diabetic.

There are now a total of 64 fatalities in Thailand to the COVID-19.

According to the CCSA, it will be stepping up operations and investigations in the red zone, which encompasses 28 provinces.

The CCSA said that from January 4 to February 1, the government will be ordering establishments to restrict their opening hours. IF the establishment is found to be placing people at risk of contracting and spreading the disease, it is to be closed throughout the entire period.

The government will also be exerting efforts to curb illegal assembly, minimize gatherings, and incite cooperation from the population and convince them not to travel outside of their provinces. In addition, the CCSA also said that provincial governments in the red zone are to order the closing of schools or to reinstitute online learning, as well as encourage employers to facilitate work from home.

The CCSA will actively monitor those that do need the leave provinces, and will conduct aggressive contact tracing and case finding as well to unearth other infections.

If the situation does not improve by February 1, the government will be implementing the second phase of the maximum control protocol in the red zone.

In the second phase, people and employers will now be required to facilitate work from home arrangements. More categories of establishments will be closed or have more restrictions imposed on their operating times.

The second phase will also entail a more intensified implementation of the measures that were introduced for phase 1.

Thailand is currently facing a second wave of outbreaks of the COVID-19 since December, beginning with the Central Shrimp Market in Samut Sakhon. The Samut Sakhon cluster is made mostly of migrant workers who are working in the shrimp market and was exposed to that single carrier.

New cases also emerged involving gamblers who had illegally gambled on a den in Rayong, in which the virus was easily spread as these dens are naturally dense and overcrowded with patrons.

Another cluster of infections also emerged in Chon Buri.

The virus had now spread to 53 provinces since the middle of December.