Govt Plan for Foreign Tourism Should Be Finalized Oct 31 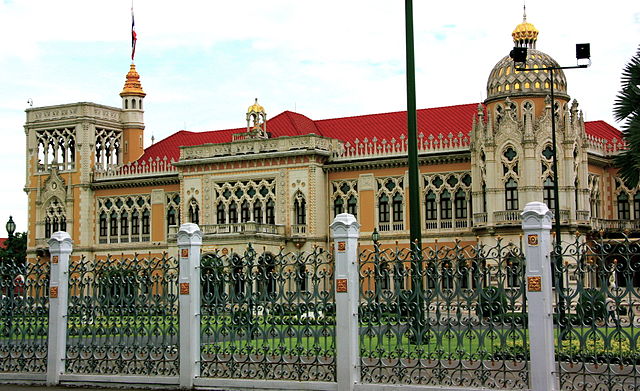 The government’s plan for long stay tourism should be finalized by October 31.
Photo By: Sodacan / CC BY-SA

A senior official of the Royal Thai Government said that the plan to reopen the country to tourists who want to stay for the long-term should be finalized before the end of October.

This is what Thosaporn Sirisumphand, the Center for Economic Situation Administration secretary, told reporters on Wednesday.

According to the secretary, the government is pushing for this plan to start as it is necessary to resuscitate the economy that has been crippled by the pandemic. It will also prevent the loss of millions of jobs for locals.

Tourism is the cash cow of the Thai economy, with two-thirds of the industry’s income coming from tourists who fly in to Thailand from abroad. The last third is contributed by domestic tourists, which the government is also actively promoting to further boost the tourism sector.

The government’s efforts are hampered by widespread fears about a second wave of infections. This fear has led to the delaying of the “Phuket Model”, a government plan to reopen Phuket as pilot test for eventually reopening the entire country to foreign tourism.

Fears of a second wave have also been aggravated by the country’s first COVID-19 case of local transmission, after 100 days of recording no local cases of the virus.

The case involved a 37-year-old DJ whose most recent gig was in Bangkok at August 18. He had been imprisoned on drug charges, and tested positive while undergoing 14-day quarantine before incarceration.

While fears of a second wave among residents and businesses in Phuket have delayed the Phuket Model, Deputy Prime Minister Anutin Charnvirakul said that the government still intends to reopen Phuket to foreign tourism.

However, it is yet to finalize the plans although they have already been approved in principle by Prime Minister Prayut Chan-o-cha.

Mr. Anutin, who is also the Minister of Public Health, issued this clarification after reports indicated that the plan was indefinitely shelved.

This was after both Tourism Authority of Thailand Governor Yuthasak Supasorn and Tourism and Sports Minister Phiphat Ratchakitprakarn said during a weekend trip to Phuket that the government might not be able to meet the projected October 1 date for reopening of the island.

Minister Anutin then told reporters that the Ministry of the Interior will be organizing an official public hearing for the residents and businessmen of Phuket to officially discuss the reopening of the island province.

While its residents and some businesses are apprehensive about the reopening, Phuket’s Provincial Governor Narong Woonciew declared that the Phuket International Airport is now “ready” to receive international tourists.

The airport had conducted a “rehearsal” that walked everyone through the entire process of receiving tourists, all the way from arrival to swab testing and to ferrying them to the alternate state quarantine facilities of their choice.

Governor Narong said that officers from the Center for COVID-19 Situation Administration were there as observers, and that these officers were “satisfied to a certain extent” with the measures and protocols set in place by the airport administration.

With that, the Phuket Provincial Governor said that they are now just waiting for the green light from Central Government in Bangkok.