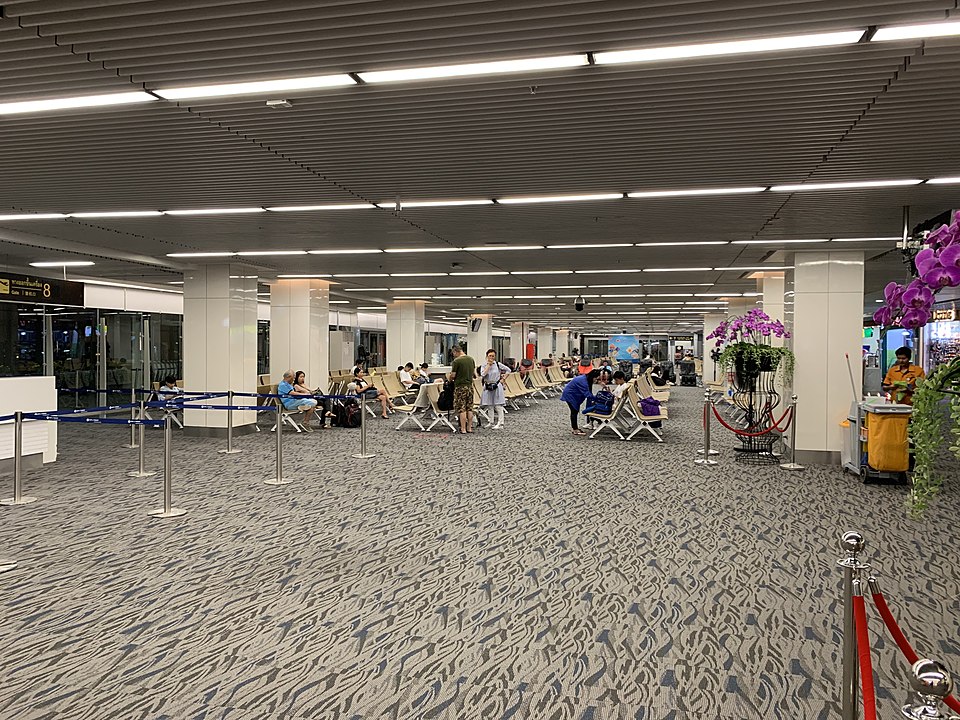 Phuket International Airport is now ready for foreign tourism should the government give the green light.
Photo By: Athikhun.suw / CC BY-SA

Following an informal trip to Phuket by the government’s top tourism officials, the government of Phuket has declared that the Phuket International Airport is ready to accept tourists once the plan to reopen the island pushes through.

This was declared by Phuket Governor Narong Woonciew following a mock opening that was meant as a dry run for the safety procedures and protocols the airport is to implement once foreign tourists start arriving into the island under the government’s “Safe and Sealed” plan.

On Monday, the airport conducted a rehearsal that involved airport staff, personnel from alternate state Quarantine hotels, and 10 actors playing the parts of foreign tourists.

These actors went through each of the steps for admittance into the country, including document verification, swab testing and transport to the ASQ via hotel staff.

The government had recorded the entire exercise, and will be uploaded one so that the public can see what measures have been put in place to ensure everyone’s safety when foreign tourism resumes.

Governor Narong assured the public that, with the conclusion of the rehearsal, Phuket International Airport is now ready and only awaits word from the central government on when it can start operating and receive international tourists.

Among the audience during the rehearsal were officers from the Center for COVID-19 Situation Administration, or the CCSA, based in Bangkok. These, the governor said, were “satisfied to a certain extent” with the preparations and procedures that the province has put into place to prepare for foreign tourism.

Over the weekend, the government’s top tourism officials visited Phuket to assess the locals’ confidence in the province’s ability to welcome international tourists once again. One of the points that were discussed is some sectors’ fear of a second wave of COVID-19 infections if foreign tourists are once again allowed into the island.

To allay these fears, Governor Narong said that the government will not give the go-signal for foreign tourism if it sees an issue with the disease-prevention measures of the airport as depicted during the rehearsal.

The Governor stressed that Phuket will have no choice but to receive foreign tourists as they are vital to reviving the province’s economy. This would come “sooner or later.”

However, there is emphasis on the government’s part on ensuring the health and safety of the locals, as well as on timely disease control measures should the province sustain a second wave of infections from the arriving tourists.

Phuket International Airport Director Thanee Chuangchoo added that the airport’s Immigration and Customs staff had visited Suvarnabhumi Airport to observe the safety protocols there, and based the safety and disease control processes in Phuket from that model.

In addition to tourists, Director Thanee said that Phuket is, in principle, ready to cater to the 11 groups of foreigners on business trips that have been allowed to return to Thailand since July.

Director Thanee echoed Governor Narong’s sentiments, stating that Phuket International Airport is ready in all aspects to receive foreigners, and are just waiting for the signal from the central government in Bangkok.