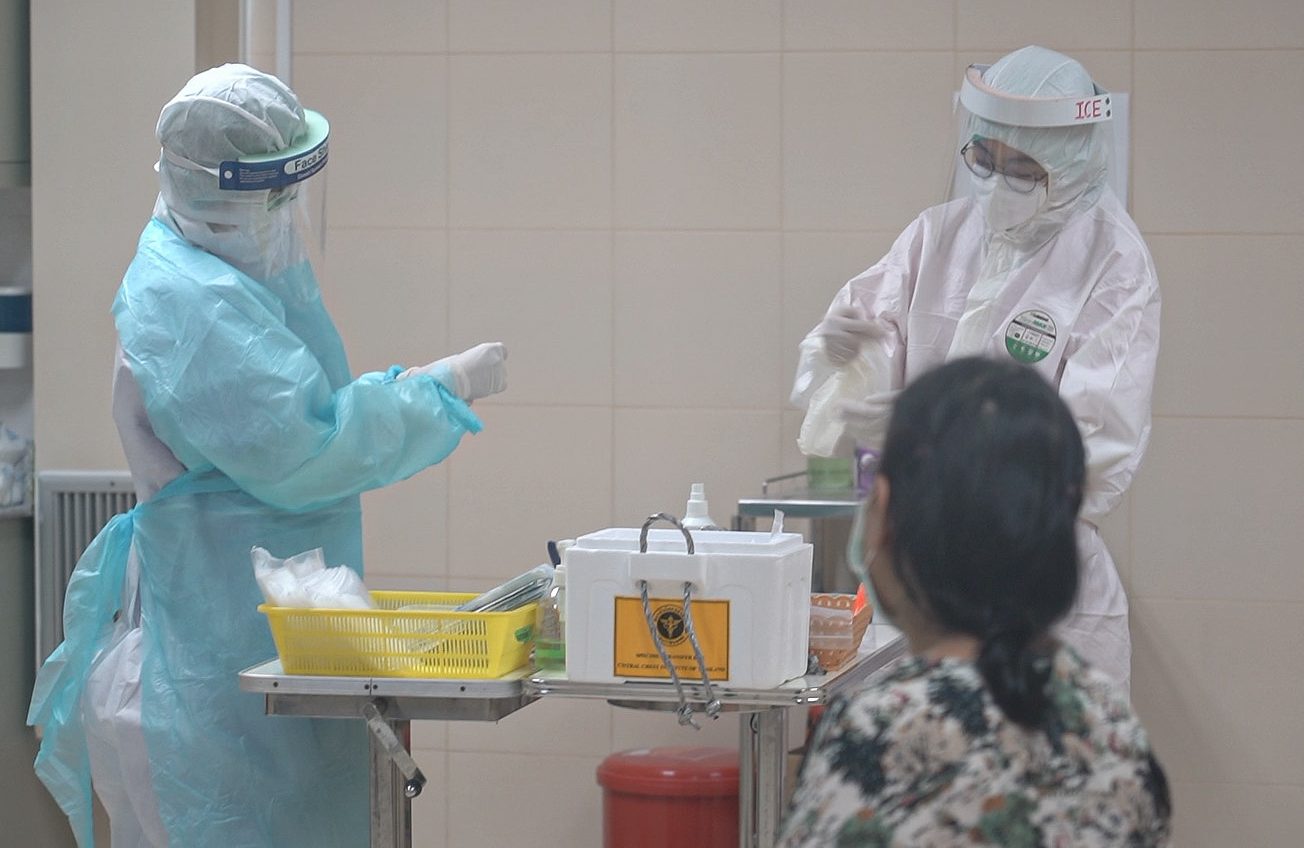 Six Thais returning from various countries abroad have tested positive for COVID-19.
Photo By: Some Rights Reserved by UN Women Asia & the Pacific

As more and more Thais are returning home from abroad through repatriation flights, the number of COVID-19 cases in the country has been growing.

On Monday, the country recorded six new cases of COVID-19. According to the Centre for Covid-19 Situation Administration, the patients in these cases are all local Thais that came home last week. All of these patients are asymptomatic but were placed under observation as part of public health and safety measures.

Two of the five cases arrived last Sunday, October 18. These cases involved a Thai man returning from Bahrain, and a Thai woman who was repatriated from Austria on the same day. They were duly tested for COVID-19, and the results arrived on Thursday revealing that they were positive for the virus.

On the other hand, the other four cases arrived on Wednesday. These involved three women who arrived that day from Qatar, Iraq, and Turkey. The fourth case is a man who had flown into Thailand from Jordan.

They tested positive for the COVID-19 on Saturday.

These new cases have brought the new total of COVID-19 cases in Thailand to 3,743. There have been no new deaths since a Ministry of Labour employee based in Saudi Arabia succumbed to the novel coronavirus on September 18.

The 54-year-old man had returned to the Kingdom and was found positive upon arrival. He was undergoing treatment in a hospital in Bangkok when he died from complications of the COVID-19.

This marked Thailand’s first death due to the COVID-19 in 100 days.

This month, Thailand also recorded its first case of local transmission involving a 57-year-old French woman who had flown in late September and was released from quarantine on October 15.

The woman was with her husband and teenaged son. They were quarantined for two weeks at alternate state quarantine in Samut Prakan, near Bangkok. The family had initially tested negative while they were still isolated.

However, the woman tested positive for COVID-19 on October 21 in Koh Samui. She had complained of fever on October 17, two days after they flew in to Koh Samui aboard Bangkok Airways Flight PG 167.

Because she had tested negative for COVID-19 while under quarantine, public health officials concluded that this was a case of local transmission.

100 people that had come into contact with the woman, including her family and their family friend that picked them up from the airport, were all tested and placed under observation.

As of Monday, October 26, none of them tested positive for the virus or developed symptoms.

Government officials investigating the case claimed that they had found traces of COVID-19 in the gym equipment of the alternate state quarantine hotel that the family stayed in for their first two weeks in the Kingdom.

As of Monday, there has been no information from the government regarding the type of visa that the family had with them when they entered the Kingdom.

This news comes just as the government had announced that it is considering lowering the number of days in quarantine for Special Tourist Visa holders from 14 to 10 days.