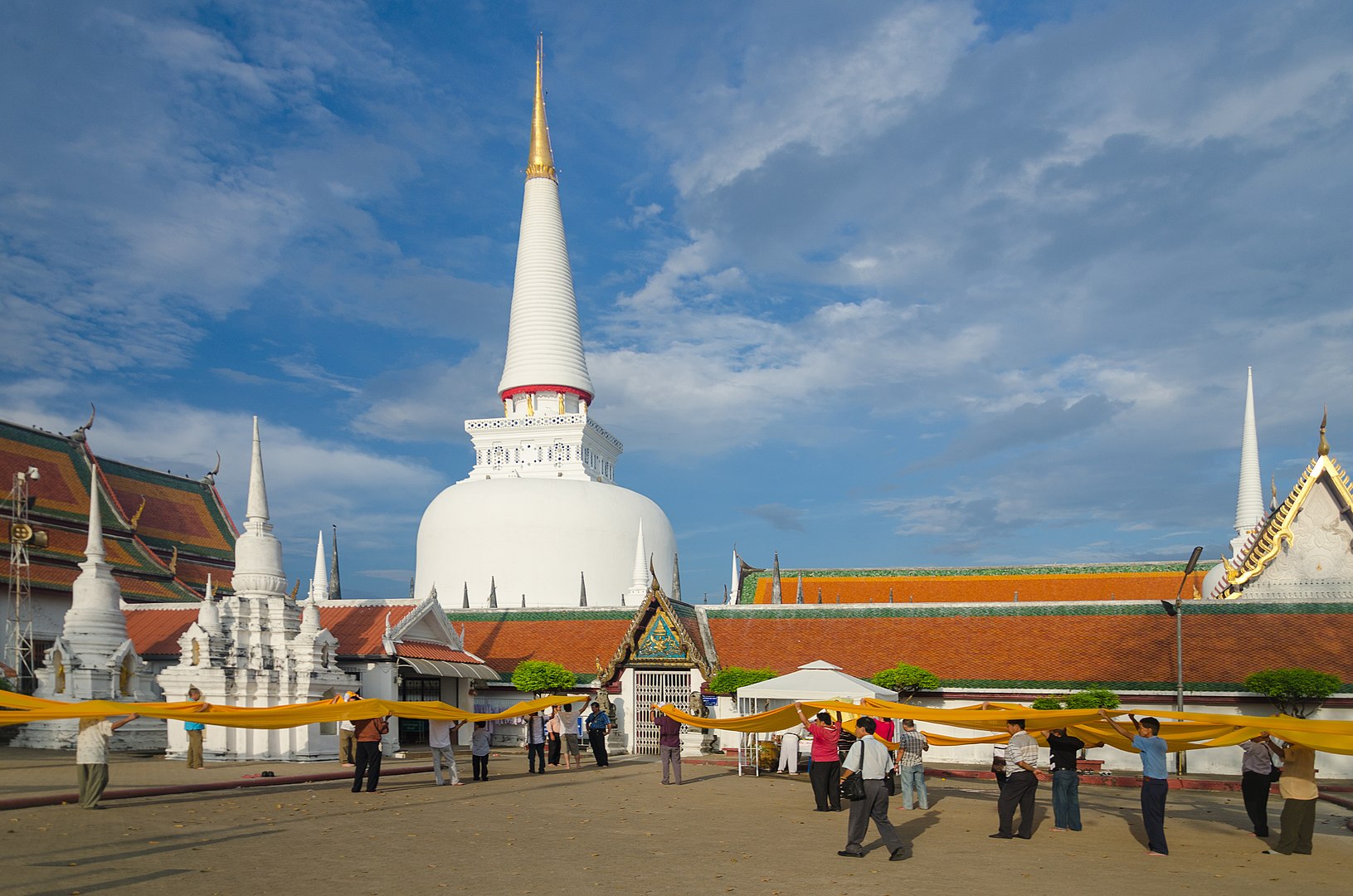 The COVID-19 pandemic may have hit the economy the hardest. As people start to recover from lost source of income, it has an unprecedented effect on the tourism industry – a rise in demand for tours that are spiritual in nature.

Previously, there was only a small niche for these “pilgrimage” tours among the domestic market, but the pandemic seems to have stirred a desire among Thais to visit as many temples as they can in order to pray for opportunities, better business, and improved living conditions.

Thanapol Cheewarattanaporn, Association of Domestic Travel President, revealed that there has been a sudden surge in demand for this nature of trips in the past few months. When previously there have been only a few companies specializing in this kind of tours, Mr. Thanapol said that the number of tour operators offering these packages has grown.

Mr. Thanapol also said that the Wat Chedi in Nakhon Si Thammarat province has received the most number of domestic tourists that subscribed to these packages.

Nakhon Si Thammarat held the highest occupancy by September, data from the Tourism and Sports Ministry says. It recorded 58.5% occupancy in that month, exceeding the nation’s average of 27.9% in other temples.

Local tour operators have seen a surge in income as well, he said, as operators based in Bangkok pass on the business to them due to their expertise and connection with other providers like van drivers, tour guides, and hotels.

There is a limitation, however – spiritual tours are only in demand during weekends, which means that there is still zero income during the day. That is why, the ADT President said, spiritual tours cannot become the bread and butter of domestic tourism in this time of the pandemic.

ADT Vice President Chotechuang Soorangura also said that the rise in demand can be attributed directly to the lockdown, preventing the tours’ original market of customers stranded inside the country. Normally, these tourists would travel abroad in order to pray in bigger temples in countries like Myanmar, Hong Kong and Taiwan, among others.

Now, however, they are choosing to pray at the more popular temples in the Kingdom because the aforementioned countries are still under lockdown.

Despite the positive developments, however, Mr. Chotechuang said that tour operators are apprehensive of the nature of spiritual tours. He described the rise in demand as just a “trend” that could “come and go in a short period.”

He pointed out that Nakhon Si Thammarat, with the largest occupancy rate in the country, is starting to see a drop in visitors.

Although the country has started to reopen to foreign tourism – one of the biggest contributors to the nation’s Gross Domestic Product – tourist arrivals are still few and limited. The first group of 39 tourists coming from Shanghai, China, are currently nearing the end of their quarantine and will soon be released to their planned destinations.