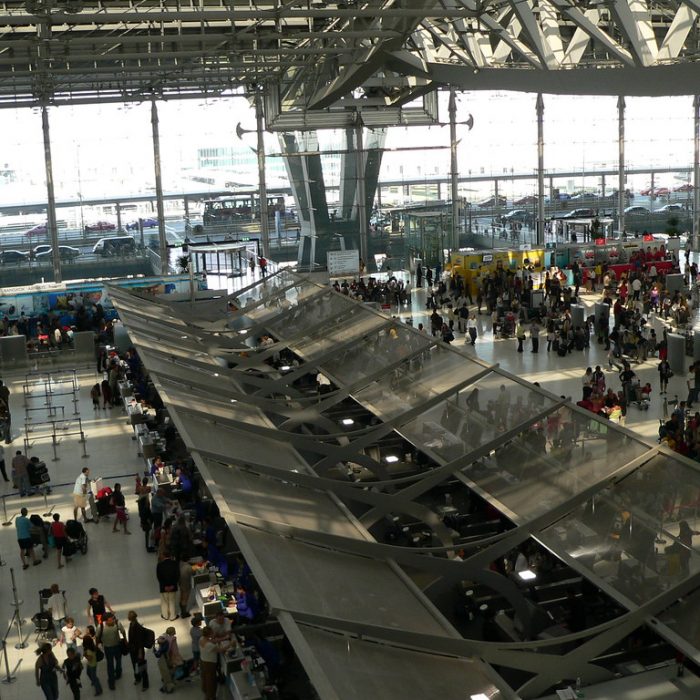 The government has previously predicted 10 million tourist arrivals for this year.
Photo By: Some Rights Reserved byjackol

Tourism and Sports Minister Phiphat Ratchakitprakarn said that it is still possible for 5 million tourists from abroad to arrive in Thailand in 2021 even though the world tourism industry is still grappling with the effects of the pandemic.

However, Minister Phiphat said that there are conditions that need to be met not only in Thailand, but also in the countries from which these international tourists will be coming from.

Minister Phiphat said that he considers it a success if the Kingdom could attract 5 million international tourists to visit Thailand in 2021. This is because there are significant hurdles globally that affects tourists’ confidence in tourism.

The government had previously forecasted a figure of 10 million arrivals in foreign tourism for this year.

According to the Tourism and Sports Minister, there must be a strong sentiment in governments and citizens between the Kingdom and countries like China, India or Malaysia. A strong sentiment means confidence, and this means that both locals and tourists are comfortable with the return of foreign tourism despite the pandemic.

It is worth noting that these countries contributed 40% of the Kingdom’s 39.8 million foreign tourists in the Kingdom in 2019, before the pandemic.

Because of more stringent rules in their home countries, however, Minister Phiphat thinks it’s more difficult to bring in “long-haul tourists” or visitors coming from countries farther away from Thailand like Europe, the United Kingdom and the United States.

“The number of travellers from long-haul destinations would be insufficient to reach the goal of 10 million arrivals,” said Mr Phiphat.

The Tourism and Sports Minister said that Thailand’s tourism industry has higher chances of earning revenues and recover from the pandemic if it focuses on targeting the Asian market.

Hence, the government has halved its initial expectations on the number of international arrivals for 2021.

According to the Tourism Minister, he wants to approach the Prime Minister and the Minister of Public Health about adding businessmen and laborers in the tourism industry to the list of recipients of the first wave of vaccines to be administered in February.

Echoing an earlier sentiment from the private sector, Minister Phiphat said that workers like hotel staff, drivers, restaurant employees and spa masseurs in major tourist destinations should be part of the first group of vaccine recipients.

This will allow workers in major tourist destinations to be protected against the COVID-19 as they deal with foreign visitors daily, especially when foreign tourism is again reopened in the Kingdom.

Minister Phiphat also said that his ministry had worked with the Thai Chamber of Commerce and Thai Hotels Association to propose an area quarantine to the Center for COVID-19 Situation Administration. When approved, the scheme will begin in March.

“The Public Health Ministry is working on the vaccine passport framework, which may be operated either via an application or smart card,” he said.

The scheme will then allow foreign tourists who have been vaccinated to visit Thailand.