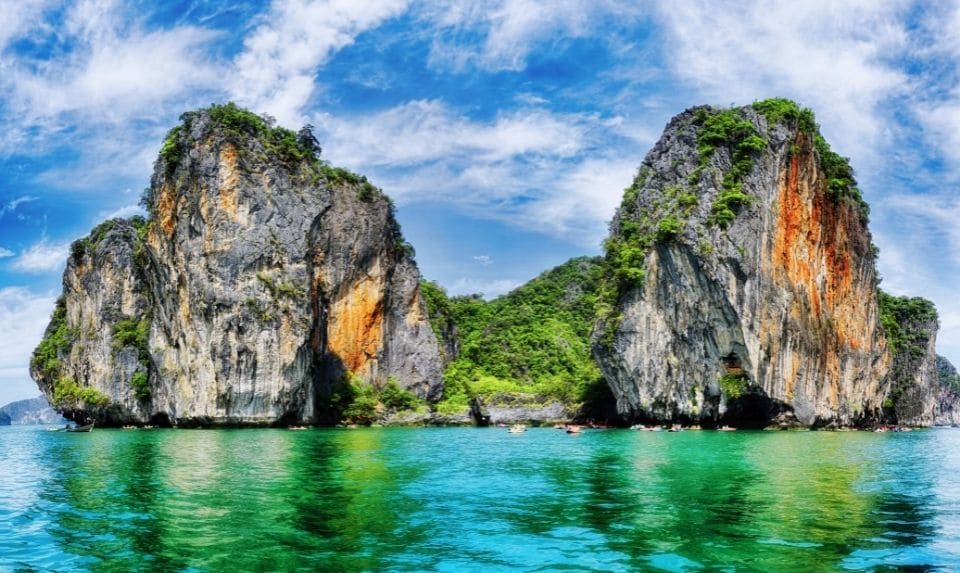 The national park is located north of Phuket, along the Andaman coast. It covers an area of around 400 km² that includes islands, islets, and the country’s greatest mangrove forests. The national park is one of the top 10 most visited places in Thailand.

Under the Sandbox program, the Ao Phangnga National Park would allow tourists to tour the historic Khao Tapu park, which is placed not far from Khao Phing Kan Island. This island was one of the shooting venues of the movie “The Man With the Golden Gun” in 1974, the 9th film of the James Bond series. Thanks to the film, the islet has been known as James Bond Island ever since.

Khao Phing Kan Island is located 40 meters from Khao Tapu Islet, and it is here that tourist boats may dock so that visitors can have an excellent view of the island. The island of Khao Phing Kan has a white sand beach and a center for residents to market their handicrafts.

Khao Phing Kan and Khao Tapu can be reached by speedboats from Phuket around 15km from the mainland. It takes around 90 minutes to reach the island Khao Tapu Islet. Phuket visitors can reserve from local tour operators for a one-day vacation.

Koh Thalu, a famous recreation area for canoeing will also be opened by the Ao Phangnga National Park. Finally, tourists can spend the night at the park headquarters on the mainland in a lodging facility.

From Phuket International Airport, it is approximately a 53-minute drive to Ao Phangnga National Park. 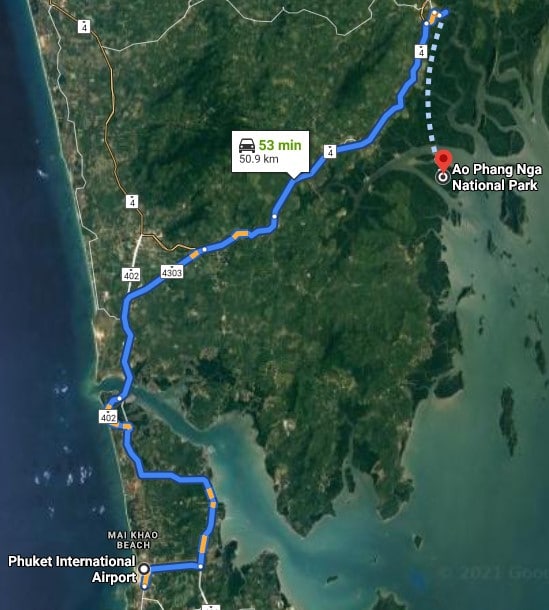