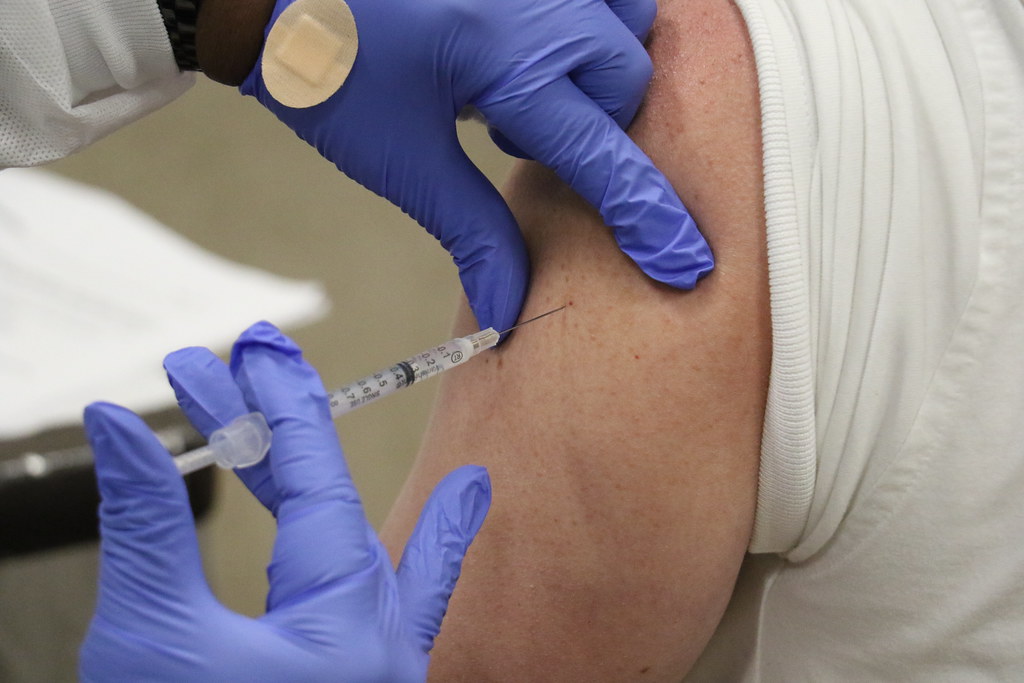 The government is now awaiting the results of the investigation by the European Medicines Agency.
Photo By: Some Rights Reserved byMecklenburg County

Ministers of the Royal Thai Government were due to be inoculated yesterday, but this plan was postponed following reports of complications from patients in Europe who had received the AstraZeneca vaccine.

The Ministers had were set to travel toNonthaburi province where the Bamrasnaradura Infectious Diseases Institute is located in preparation for their inoculation on Friday morning. However, although only those Ministers aged 60 years and above were set to receive the AstraZeneca jab, health officials decided to postpone all vaccinations for the Ministers.

Addressing members of the press, Professor Prasit Watanapa of the Siriraj Hospital of Mahidol University said that the problematic batch of AstraZeneca vaccines were identified as ABV 5300, which was shipped out with 1 million doses.

These doses were distributed among 17 countries of the European Union, he said.

He further explained the reported problems of the inoculation, which involved members of the public in Denmark. After the Danish government began distributing and administering the vaccines, a number of recipients developed blood clots immediately after.

One recipient had died from the complications, he revealed.

In response, the Danish government put a halt to the vaccinations while an investigation is underway. After hearing of the news, European nations Iceland, Ireland, Norway, Austria, Lithuania, Luxembourg, Estonia and Latvia also suspended their vaccinations as well.

The European Medicines Agency’s spokesperson Margaret Harris said in a press conference in Geneva that the EMA believes the AstraZeneca vaccine is safe and is one of the best choices for COVID-19 vaccines. However, she said that the EMA will nevertheless conduct an investigation into the matter.

The World Health Organization also weighed in, saying that there is no “direct causal link” between the blood clot reports and the vaccine.

“This is the reason why EMA has indicated that there should not be any relation to the vaccine,” Prof Prasit said.

He added that Thailand is not directly affected as the batch that was shipped to the Kingdom was from a different facility, as a result of the European Union’s pronouncement disallowing European pharma companies from shipping doses to other countries if its members’ orders are not yet fulfilled.

However, Prof. Prasit said that the government is pausing inoculations pending the results of the EMA’s investigation.

Dr. Yong Poovorawan of the Chulalongkorn University’s Center of Excellence in Clinical Virology said that it is natural for vaccination to precede “undesirable symptoms.” The halt and the ensuing investigation are just necessary for verifying that the vaccine was indeed responsible for the symptoms.

Dr. Yong also said that the incidence of the blood clots represent odds of only seven in one million people developing the complications as a result of the vaccine.

Three million doses of the vaccine from this lot were injected. Twenty-two of the recipients developed blood clots, and one of them died. This is an incidence of seven in one million people,” Prof Yong said.