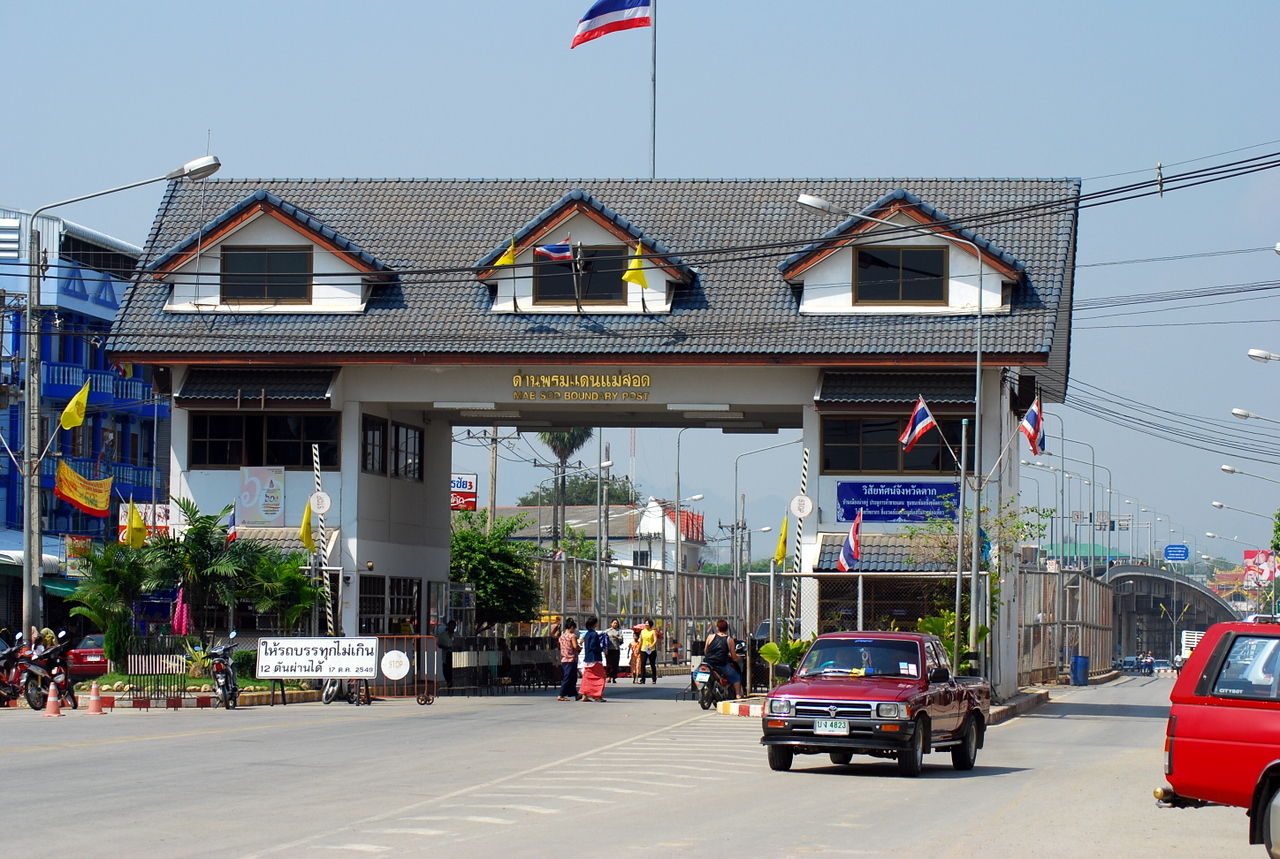 Mae Sot is on lockdown after three Burmese drivers tested positive for COVID-19 over the weekend.
Photo By: Some Rights Reserved by jackol

A district near the border with Myanmar has been shut down and quarantined as three Burmese drivers tested positive for the COVID-19 virus over the weekend.

Mobile units have been dispatched to the town of Mae Sot, in the town of Tak, in order to conduct comprehensive virus testing in the area.

On Friday, 2 Burmese drivers crossed the border through the second Myanmar-Thai friendship bridge to deliver goods to a warehouse on the Thai side of the border. Upon arrival, they underwent mandatory COVID-19 swab testing, the results of which turned out to be positive.

The third Burmese driver also followed on Saturday to deliver goods to another warehouse, and tested positive as well.

Following the positive cases, the provincial government has also closed the border, and barred all vehicles from Myanmar from crossing.

In response, the government immediately tested all the personnel at the warehouse were the three Burmese drivers dropped their goods. 74 personnel in total underwent COVID-19 testing, and have tested negative.

Tak Governor Phongrat Phiromrat, these persons are currently undergoing the mandatory 14-day quarantine. They will undergo another COVID-19 test before they are released from the isolation.

Despite the rule barring Burmese drivers from entering the town, Mae Sot Mayor Thoetkiat Shinsoranan has nevertheless issued directives for the populace of the town to isolate themselves at home and avoid going out as much as possible.

The city has already closed down 11 schools, and scheduled deep cleaning and disinfection for the educational institutions.

The city government has not yet specified on the duration of the schools’ lockdown.

The mobile units are in Mae Sot and have already tested 1,500 out of the estimated 4,000 people considered at risk for the virus as of 10 am Bangkok time. Aggressive contact tracing and viral testing are currently ongoing.

Members of the private sector have already taken initiatives to enforce public health and safety in their establishments. Social distancing is strictly enforced. In one supermarket, citizens can see signs throughout the premises reminding them of the THB2,000 penalty that they will pay if they are caught not wearing a mask.

Thai border officials have been placed on high alert after a surge of infections in Myanmar last month.

Sophon Iamsirithavorn, the director of the Ministry of Public Health’s Division of Communicable Diseases, expressed concern on Myanmar’s public health situation as several cities report as many as 100 COVID-19 cases per day in early September.

Although the epicenters were far from the Thai-Myanmar border, Director Sophon feared that the infections could reach Thailand within two weeks.

The national government initiated stricter measures in the Thai-Myanmar borders to prevent possible reinfection in the Kingdom.

Myanmar currently has 29,314 cases. Of these cases, 664 became fatalities. 10,260 more cases are still being treated at the hospitals.