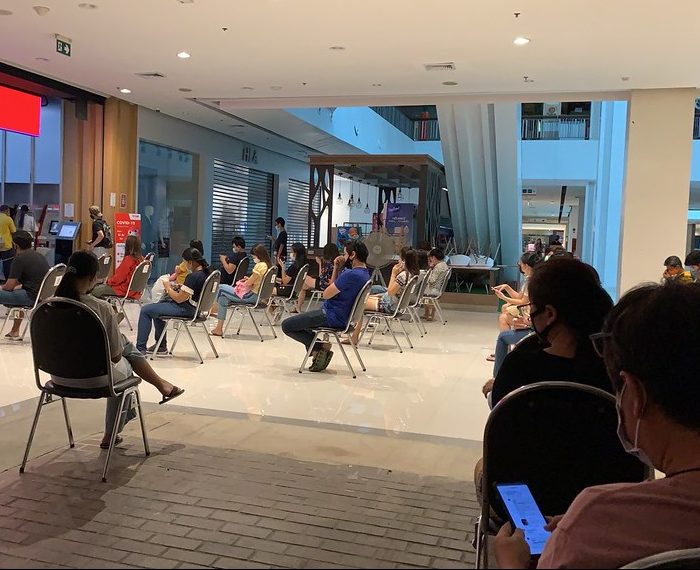 The Cabinet is expected to extend approval in next week’s meeting.
Photo By: Some Rights Reserved byILO in Asia and the Pacific

Prime Minister Prayut Chan-o-cha has given the green light to an earlier reported relief package that is set to help Social Security members that have been left out of earlier financial aid measures issued by the government since the beginning of the COVID-19 pandemic.

PM Prayut himself had called for the meeting in order to tackle the issue of a THB40 billion aid package meant specifically for these employees. Many of these workers have experienced loss of income as a direct result of the COVID-19 pandemic, which began gutting the Kingdom and other countries worldwide early last year.

The details will be finalized on Friday ahead of presentation to the Cabinet. The Cabinet will formally discuss the mechanics of the aid package during next Tuesday’s Cabinet meeting.

In a Facebook post, Gen. Prayut promised that they will decide on the relief measure with urgency in the next Cabinet meeting.

“The matter will go swiftly to the Cabinet for consideration,” the Prime Minister said in his social media message.

In addition, the impromptu meeting ahead of the Cabinet gathering also discussed other matters. One of these, PM Prayut said, is the possible package of incentives for domestic and foreign investors.

He added that the meeting also tackled possible projects aimed towards gearing the economy towards recovery in a post-pandemic world. They also discussed the possibility of easing restrictions on business operations.

Gen. Prayut promised that no one will be left behind in the government’s future measures. He also said that his government also wants to look forward to the future and how they can manage the economy after the pandemic is gone for good.

Labor Minister Suchart Chomklin confirmed PM Prayut’s commitment to passing the aid relief measure, which is expected to benefit about 9 million employees that are insured by Section 33 of the Social Security Act.

Early details of the plan state that each of these employee will receive a monthly aid of THB3,500 to THB4,500 per month. The payout is to be done weekly, and through the G-wallet functionality of the Pao Tang app.

Minister Suchart said that there will be a round of registrations for the qualified participants, who he said must also have bank deposits of not more than THB500,000 in addition to being covered by the Social Security Act’s Section 33.

As for the actual amount that they will receive, Minister Suchart said that final details will be released tomorrow after a follow-up meeting with the Prime Minister.

Minister Suchart also explained why there are only 9 million beneficiaries, while there are 11 million employees covered by Section 33.

According to the Minister, while the government wants to extend aid to everybody, they needed to set a criteria for eligibility. Hence, the Labor Ministry has proposed a ceiling of THB500,000 in bank deposits.

Minister Suchart also said that it is likely that recipients can begin receiving their benefits as early as next month.

He also said that he has been given orders to look into the feasibility of offering funds from the Social Security Fund as soft loans with 2% per annum interest and offer them to people affected by the pandemic.