Chulalongkorn Vaccine to Start Human Trials in May 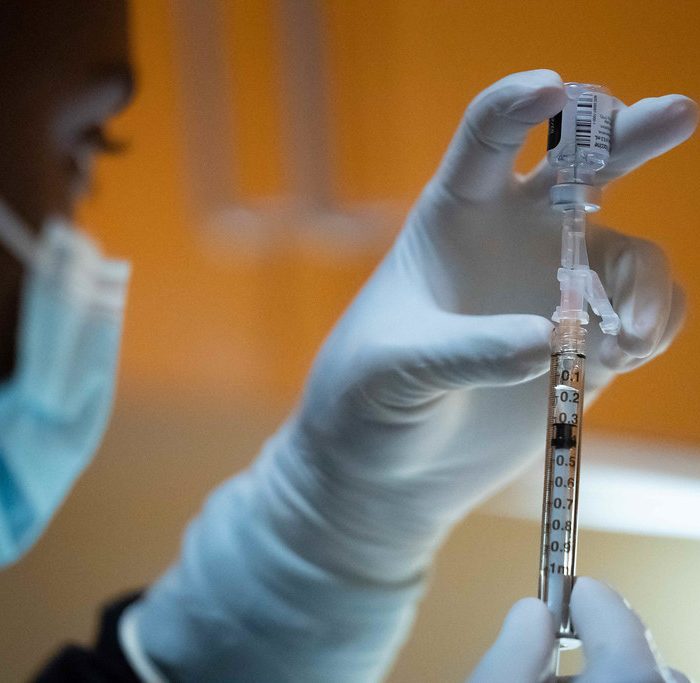 The first phase will be followed by two more phases that will run until the end of this year.
Photo By: Some Rights Reserved byNemours Children's Health System

The COVID-19 vaccine being developed by the Chulalongkorn University and BioNet Asia will begin human trials in May, adding to the Kingdom’s arsenal of vaccines to fight against the COVID-19 and its mutated strains.

If human trials are successful, the University and BioNet Asia will produce at most 5 million doses of the vaccine by December this year. In addition, they will also develop a cocktail vaccine intended to combat the mutated strains of the COVID-19 that started appearing in October of last year.

The development will begin in the next two months.

The vaccine will be a messenger RNA jab, similar to the vaccines developed by US-based firm Moderna. This is Thailand’s second locally developed vaccine, and is being developed by BioNet Asia and the Chula Vaccine Research Center of the Chulalongkorn University.

The first Thai vaccine is the egg-based vaccine developed by the Government Pharmaceutical Organization. This vaccine is also starting human trials by next month, and will be manufactured next year. The GPO is targeting a quota of 30 million doses every year.

CVRC Director Kiat Ruxrungtham expressed confidence on Thursday, saying that their data on clinical trials demonstrated the vaccine’s 100% efficacy in preventing COVID-19 infection. He said that the vaccine can reduce the presence of the virus 10 million times in the lungs and noses of mice that were tested with the vaccine.

Dr. Kiat also said that they observed no toxicity issues related to the vaccine.

In fact, he said that the vaccine’s performance in clinical trials is comparable to the test results submitted by Moderna to health authorities around the world. He added that the vaccine was two times more efficient in some recipients.

Dr. Kiat said that their vaccine has an advantage when it comes to refrigeration, being able to survive warmer temperatures of up to 8 degrees Celsius for a month.

The University plans to initiate human trials in May with 36 volunteers, and will hold the testing in its premises. The second phase will follow with 600 participants by July. In the third and fourth quarter of the year, the University will launch Phase 2B with 5,000 participants.

Dr. Kiat said that they will be testing vaccines on people aged 18 to 75 years old.

He even said that the third phase of human trials might be skipped altogether, but this is dependent on a decision by the World Health Organization.

“We might not need to have the third trial on human beings if the World Health Organization (WHO) suggests a new regulation to waive the massive trials on humans if the clinical tests show a certain level of human immunity recommended by WHO,” he said.

Thailand is due to begin its immunization program any time this month, starting with 200,000 doses of Sinovac’s COVID-19 vaccine.

Earlier this year, it was reported that AstraZeneca will be supplying the first phase of the vaccination program. However, problems arose with the European Union’s restriction of vaccine imports by makers in European countries unless the orders of EU member states are fulfilled.