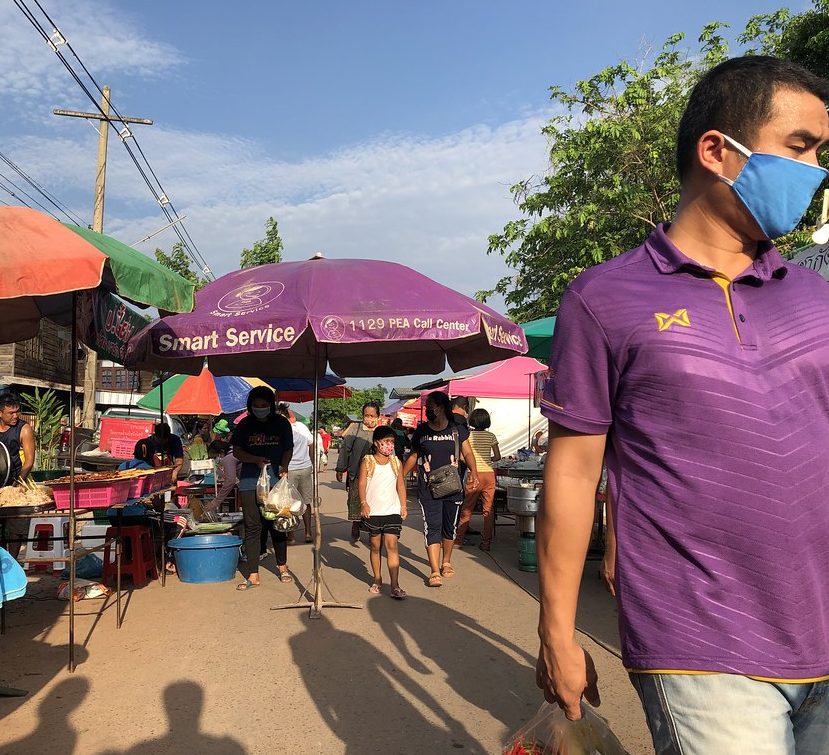 The government had reported 1,335 cases on Wednesday.
Photo By: Some Rights Reserved by roamshot

Daily cases of COVID-19 infection in Thailand continue to break records. Today, Thursday, the government has announced that they have recorded more than 1,500 cases.

This is the second consecutive day in which daily cases in Thailand have hit four digits. On Wednesday, the government announced a daily tally of 1,335 cases.

Today, the Department of Disease Control announced, they have recorded 1,543 cases within the last 24 hours only. Only three of the cases have involved arrivals from abroad. The rest of the cases are all of local transmission.

According to Dr. Chawetsan Namwat, the DDC’s acting director for emergency health hazard and disease control, the majority of the cases involved family members and people who have come into contact with previously confirmed cases that have been infected when they mingled with large crowds of people.

These included people who had attended parties, seminars, and student camps, as well as those who visited entertainment places.

To curb the unprecedented rise in cases, the DDC official is urging people to think about work from home arrangements after the conclusion of the Songkran Festival this week.

“At-risk people are in the working-age group and the spread of the disease is fast,” he said.

Dr. Chawetsan also specified the breakdown of the locally transmitted cases. 1,161 cases were reported by hospitals that admitted the patients, while 379 people were found positive when they were subjected to community mass testing.

Bangkok continues to be the epicenter of the new cases, accounting for 409 cases in the daily total. 175 of these patients have been linked to entertainment venues, as well as concerts and even restaurants.

The daily total was assembled using data from 62 provinces that had recorded cases in the past 24 hours.

Dr. Chawetsan said that the statistics for this “third wave” of infections is considerably higher than the figures reported during the second wave in Samut Sakhon. In this outbreak, the disease was found in 75 provinces.

Two Southern provinces, Ranong and Satun, have so far reported no new cases in their jurisdiction since April 1.

As for the imported cases, they involved arrivals from India, Sweden, and the Netherlands.

Thailand’s cumulative total of cases since the start of the pandemic is at 37,453. Of these cases, 28,383 patients have already recovered with 61 new recoveries reported in the past 24 hours. This represents a recovery rate of 75.8%.

8,973 cases are still at the hospitals undergoing treatment. The death toll remains at 97.

The United States remains the country with the highest number of cases, with 32.15 million cases resulting in 578,092 deaths as of Thursday. 915 people in the United States had died from COVID-19 in the past 24 hours, while 78,439 new cases were added to the US’ total in the same time period.