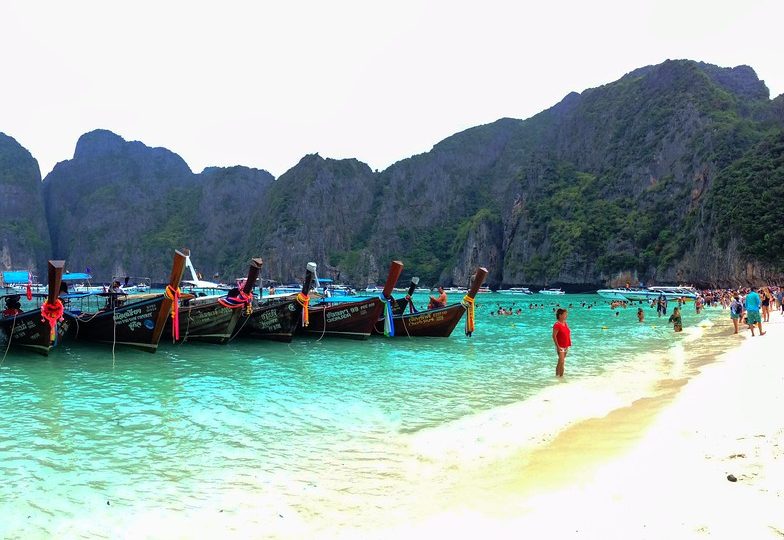 Tourism outlook has been halved once again to 3-4 million tourist arrivals for this year.
Photo By: Some Rights Reserved byrfmonest

The government has revised once again its outlook on foreign tourism for this year by 50%. Authorities, however, stress that the government’s resources are more than enough to handle the ongoing third wave.

According to Tourism and Sports Minister Phiphat Ratchakitprakarn, the forecasted revenue from foreign tourism this year has been reduced to THB850 billion baht from the initial THB1.218 trillion. The Ministry is also seeing only 3-4 million tourists this year as a result of the third wave.

Although the tourism industry has shown signs of recovery following the recession of the second wave, the sudden appearance of the third wave this month in the capital had significant effects on tourism sentiments.
Mr, Phiphat said that there remains a “great uncertainty” on how the pandemic would pan out and when it would end, if ever. As a result, there is once again negative sentiment about tourism especially after Thailand reported a record-breaking 2,070 infections on Friday.

Because of these factors, the Tourism and Sports Minister said that there is also uncertainty on whether the Kingdom can achieve its goal of 6.5 million tourists through partial reopening of five island provinces.
As a result, the Ministry is expecting revenues of only THB850 billion from tourism. THB550 billion is expected to be earned from the domestic side of tourism, while international tourist receipts are seen to contribute only THB300 billion.

These revenues can be earned from a potential 3-4 million foreign tourist arrivals for this year.
Authorities are also seeing a reduction in domestic tourism trips this year, from 160 million in a previous outlook to only 100-120 million trips. This is a direct result of the third wave, which reversed domestic tourism outlooks following the rise of cases immediately after the Songkran holidays.

The government had previously indicated that it will stick to the original timeline of the Phuket Sandbox as much as possible, despite the rise of cases in more than 70 provinces in the Kingdom.

The Sandbox will commence in July, which will see Phuket lifting the mandatory quarantine period for vaccinated foreign tourists. Four other tourism-significant provinces will follow the island province after three months, while the rest of the country is expected to reopen fully to foreign tourism in 2022.

Despite the record daily total on Friday, Prime Minister Prayut Chan-o-cha assured the country that the government continues to be prepared to deal with the ongoing third wave of infections.

The PM urged everyone to not let their guard down, and still adhere to public health and safety measures to minimize new infections, and ease the load on medical front-liners serving COVID-19 patients across the country.