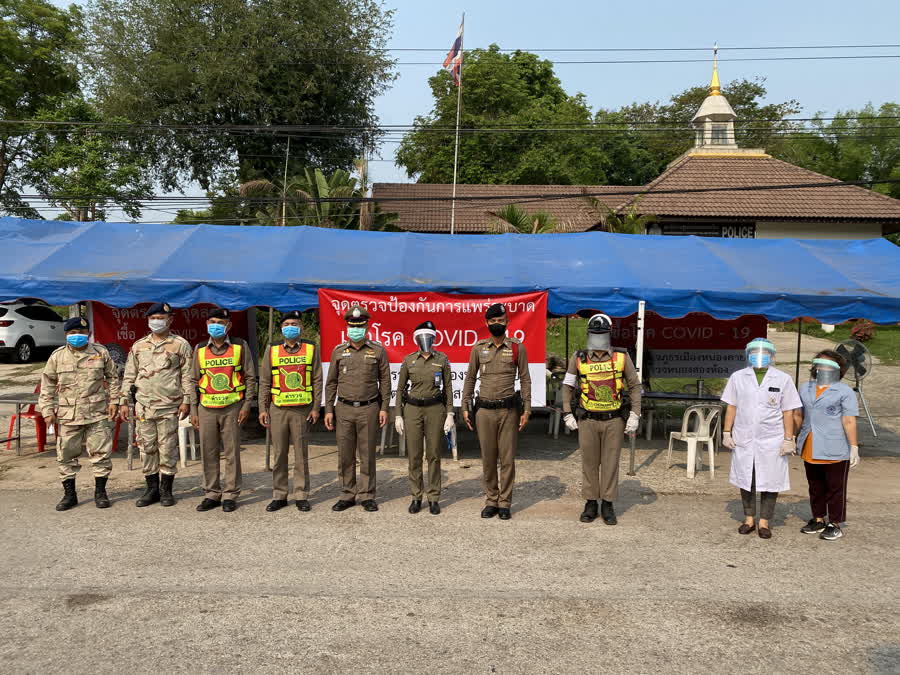 The guidelines need to be set in place before provincial governors can exercise their authorities.
Photo By: Some Rights Reserved byPrachatai

Prime Minister Prayut Chan-o-cha has told the Ministry of Public Health to prepare guidelines governing a possible lockdown in the face of a new outbreak in the province of Samut Sakhon, the Center for COVID-19 Situation Administration said.

This was revealed by Dr. Taweesilp Visayunothin during a press conference today, after the weekly meeting of the CCSA chaired by the Prime Minister himself.

Dr. Taweesilp also assured the public that the government is not looking to initiate a general lockdown, but Prime Minister Prayut instead wanted clear guidelines in case there arises a need to institute a lockdown in one or more provinces due to the COVID-19.

“That is not happening yet,” he added.

Government officials are expressing concern over the situation at Samut Sakhon, which reported a staggering number of more than 800 new cases of the coronavirus in a short span of time. The outbreak is centered on the Central Shrimp Market of Mahachai in the province’s Muang district.

Authorities are worried that the outbreak could spread to other provinces if left unchecked.

Samut Sakhon has since gone into lockdown, but not before several visitors from neighboring provinces have visited the market and got infected by COVID-19. These people came from the areas of Samut Prakan, Nakhon Pathom, Ratchaburi, Suphan Buri and Bangkok.

Dr. Taweesilp said that the national government in Bangkok has authorized provincial governors to decide whether or not their jurisdictions need to be shut down in order to prevent a possible spread of the virus. However, Prime Minister Prayut wanted guidelines to be set in place first before governors can use their authority.

“[The criteria] should not be decided by one person,” he explained.

Samut Sakhon is currently on lockdown, which was enforced on Saturday while the number of cases reported was still at more than 500.

The lockdown is set to remain in place until January 3rd.

Dr. Opas Karnakawinpong of the Department of Disease Control said that a majority of the infections involve asymptomatic migrant workers from Myanmar. He specified a rate of infection of 43%, with 90% of the cases not exhibiting any symptoms.

While he acknowledged the risk of additional infections from areas around the shrimp market, the DDC considers them as “low-risk groups” as they are healthy, and are of working age.

Because the infection is currently centered on a small area, Dr. Opas expressed confidence that the Ministry of Public Health has the manpower and capacity to take care of those who tested positive during a contact tracing campaign over the weekend.

Dr. Opas also urged anyone that has not been tested but has visited the shrimp market as early as December 1 to quarantine themselves for 14 days.

“If they develop a fever, cough, sore throat or lose their sense of smell or taste, they should seek medical help immediately,” he advised.