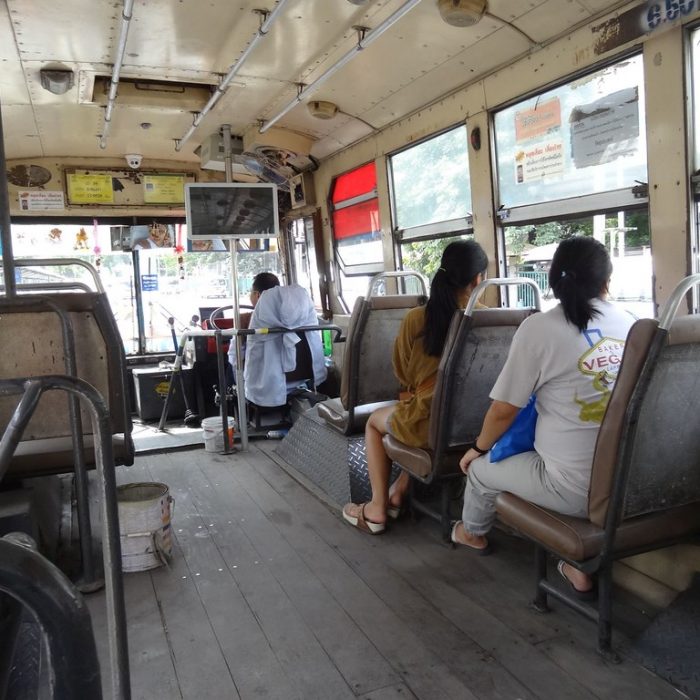 The new case is a PE teacher who visited two bars in Bangkok on March 27.
Photo By: Some Rights Reserved byTHEfunkyman

Health authorities in the province of Kanchanaburi has reported one new case of infection that is linked to the cluster centered on entertainment venues in the capital, Bangkok.

According to the provincial public health office, the latest patient is a 31-year-old man who visited Bangkok with friends on March 27. The group enjoyed beers in the There Bar & Garden on Khao San Road. Afterwards, they want to Dollar Pub located along the Liab Thang Duan Ram Intra Road.

The man, who teaches physical education at the Kanchanaburi Rajabhat University’s Demonstration School, stayed at the Lat Phrao area in the capital before returning home on March 28.

He continued working at the school from March 28 until March 30. He came into contact with various teachers and students while having lunch at the school’s canteen. Upon leaving, he visited the Kaeng Sian intersection to buy food for dinner.

He started developing fever and cough on March 31, but still went to school the next day. On April 1, he also dined with friends at a restaurant near the provincial public hall despite having symptoms. He continued work on April 2, but also met with friends for dinner at the Saeng Chuto Road in Muang.

He stayed at home on April 3 and April 4, which were weekend days. He continued working on April 5, but decided to visit a private hospital in Muang district for treatment. There, he was tested for COVID-19, and the results came back positive on Wednesday.

He didn’t leave his home on Tuesday.

After receiving his COVID-19 positive results, he was admitted at the Phaholpholphayuhasena Hospital, also in the district of Muang.

Authorities have also identified his close contacts who are also at risk for COVID-19. This included his girlfriend, who works as a policewoman. The 4-5 friends who went to Bangkok with him have already taken COVID-19 tests following his positive result. The group is currently awaiting the results of their tests.

His fellow teachers have also been identified as at risk because of their close contact with him a week after he went to Bangkok.

In December, Kanchanaburi had reported only 9 cases of infection. However, all of these cases involved people who visited other areas and became infected with the virus there.

In Phuket, two more COVID-19 cases have been reported involving people that had visited a local bar. In response, public health officials in the province had ordered the closure of Illuzion Patong club. The closure was announced by the provincial health chief Koosak Kookiatkul.

Phuket now has 10 cases of COVID-19, one of which is directly related to the Thong Lor area of Bangkok.

The provincial disease control committee had also ordered the closure of three night spots that were linked to recent infections. These will be closed for 14 days. Other pubs and bars will also be closed, but only for 10 days.

The Illuzion and Shelter pubs, on the other hand, will be closed starting yesterday and until April 21. The areas will be disinfected, and their employees have already been mandated to take COVID-19 tests.