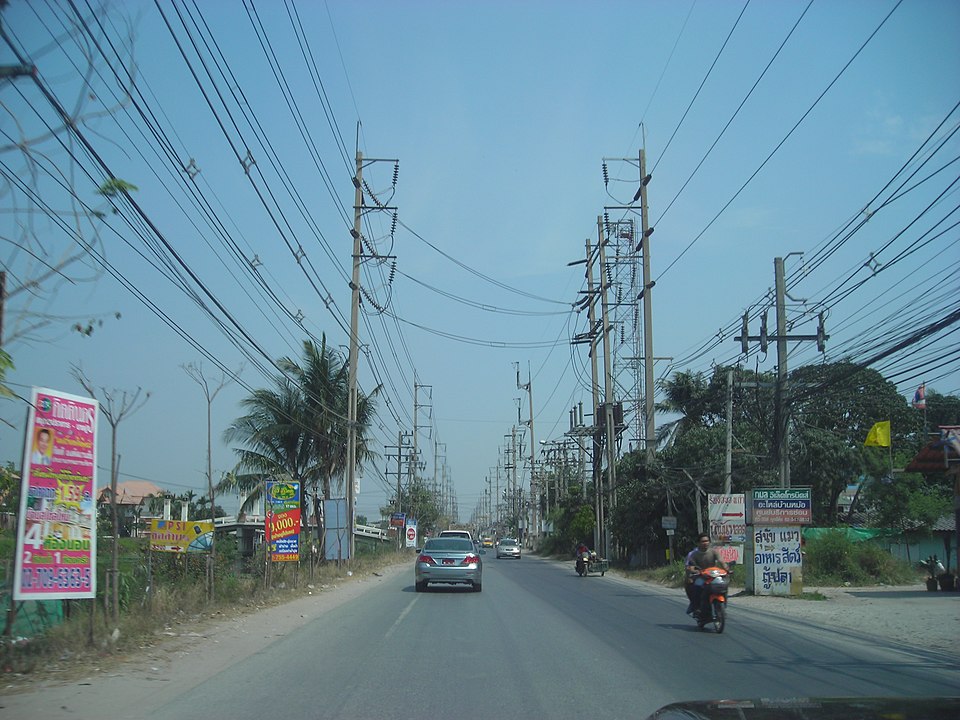 A total of 584 workers in the province are currently under close monitoring.
Photo By: User:Mattes, CC BY-SA 3.0, via Wikimedia Commons

Thailand is recording a new epicenter of COVID-19 infections just three months after the outbreak in Samut Sakhon in December. This time, the cases are now clustered around the province of Samut Prakan.

As of yesterday, Sunday, the Department of Disease Control has quarantined a total of 584 people for possible infection of COVID-19 after 17 colleagues tested positive for the virus. According to the DDC’s director-general Opas Karnkawinpong, all 17 were migrant workers.

According to the DDC, the infections in Samut Prakan started after a 29-year-old Myanmar migrant worker was found to be positive last week. The female worker had submitted herself for a COVID-19 test, after which she was found to be infected.

Following the positive result, the DDC launched a mass testing campaign to find infections among the migrant workers at camps on Soi Sukhumvit 107 and 117. The case-finding attempts found 16 more infections. This time, four locals and 10 Cambodians were among the patients in addition to two Myanmar nations.

According to Dr. Opas, these workers are at high risk of infections because of their workplace environments.

“Construction sites have multiple risk factors, such as shared facilities and in this case, the workers violated Covid-19 prevention rules by throwing a party,” Dr Opas revealed.

The new cluster at Samut Prakan is an addition to another existing cluster at the Bang Khae district, which saw cases reach provinces like Songkhla and Si Sa Ket.

This cluster, for the meantime, is where the Center for COVID-19 Situation Administration is focusing its efforts. So far, the Bangkok Metropolitan Administration said that they have found 384 cases all around Thailand whose infections can be traced back to the markets of the Bang Khae district of the capital.

The BMA said that they have found a new group of 16 cases as of Sunday.

To prevent a further spread of the virus, 2,600 people considered to be at high risk of infection in the district have received the first shots of their vaccinations against COVID-19.

In addition, the capital has raised its readiness to handle new cases of the COVID-19 by making plans to open a second field hospital in Thawi Wattana district, near the Rajpipattana Hospital.

The new field hospital will add to the existing capacity of 600 beds allocated by the first field hospital, which was put up near the Bang Khuntian hospital. This first hospital opened on January 12.

As of Sunday, the CCSA reported a total of 81 cases. Samut Sakhon, the epicenter of the second wave of infections in December, accounted for a majority of the 36 cases found through case-finding. Hospitals throughout the Kingdom reported 45 cases of local transmission.

The ongoing pandemic continues to put a strain on people’s personal finances, a survey by the Suan Dusit Rajabhat University found.

The survey, which took place between March 15 and 18, asked 1,155 respondents what the impact of the pandemic was on their savings and finances.

47% of the respondents admitted to have depleted their savings, while 22.5% revealed that they had fallen deeper into debt because of the ongoing pandemic.