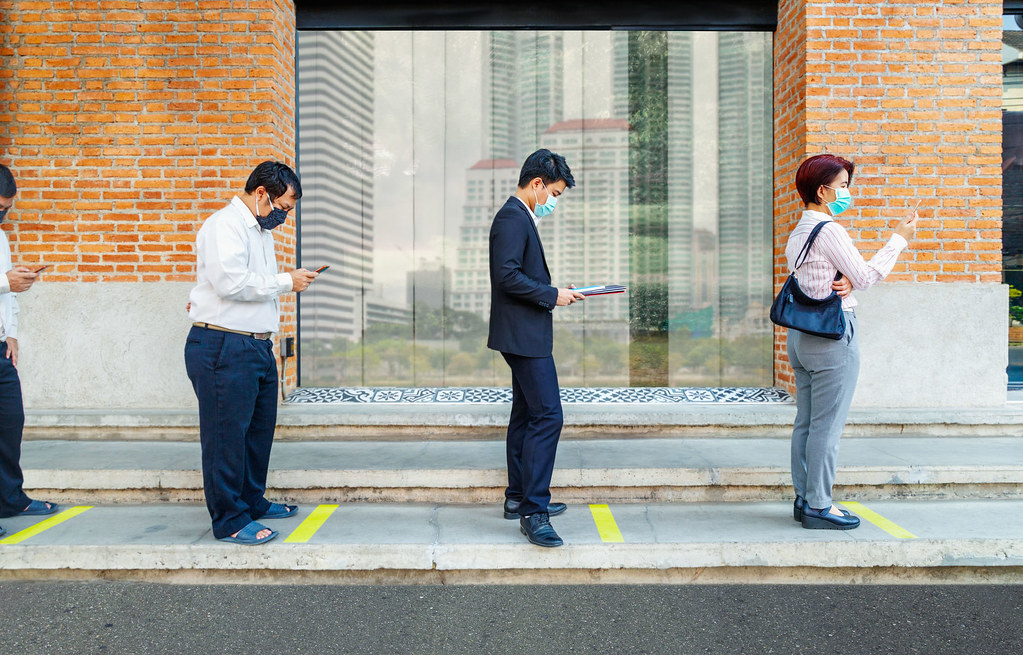 As many as 28,000 people could get infected per day if no disease control measures are put into place.
Photo By: Some Rights Reserved byQUTmedia

A senior public health official has warned that there will be thousands of new cases popping up every day by next month if the government fails to put into check the current outbreak of COVID-19 in Thailand.

These warnings came in the wake of nearly a thousand new cases reported yesterday, Sunday.

According to the Center for COVID-19 Situation Administration, there have been 985 new cases reported on Sunday. This daily count is higher even than the highest tally recorded during the second wave in Samut Sakhon in December.

Because of this, Department of Disease Control deputy director Sopon Iamsirithaworn said that they have worked closely with the International Health Policy Program to come up with a mathematical model to predict future infection rates.

According to Dr. Sopon, they assumed a worst-case scenario where the government has placed no disease control measures to keep the virus spread in check in implementing the mathematical model. He said that the model predicts a staggering 28,678 cases per day that could come into fruition in the next month.

He added that the average daily rate would be 9,140 cases, while the lowest daily count could be at 1,308.

All of these assume that people do not observe safety measures like face masks and social distancing.

Bangkok, the center of the new outbreak, had already reported as of Saturday a total of 1,114 infections since the cluster in its entertainment districts has been discovered. In fact, out of the 1,114 accumulated cases, 823 of these had involved people who had visited the now-closed entertainment venues in various districts in the capital.

The remaining number of cases were found through preemptive mass testing, the DDC deputy chief added.

The CCSA’s data has identified 140 pubs as “hot spots” for the new infections. 85 of these night spots are found in the capital, including the infamous Krystal Club in Thong Lor. The rest of the pubs are spread out across 15 provinces in the Kingdom.

Chon Buri reported 11 cases linked to the entertainment clusters, while Prachuap Khiri Khan accounted for about 9 cases in the total. Chiang Mai and Pathum Thani also contributed 6 and 7 cases, respectively.

Dr. Sopon attributed the majority of the new cases in Thailand to the pub clusters. He said that cases from these clusters have already spread out to 70 provinces.

He also added that they might close entertainment venues in 36 provinces if the situation continues to worsen. These venues would add to the pubs and bars that have already been closed in 41 provinces including Bangkok.

To avoid this, Dr. Sopon urged operators of the remaining open venues to cooperate and implement disease control measures. Operators must also implement strict screening of patrons at the entrance.