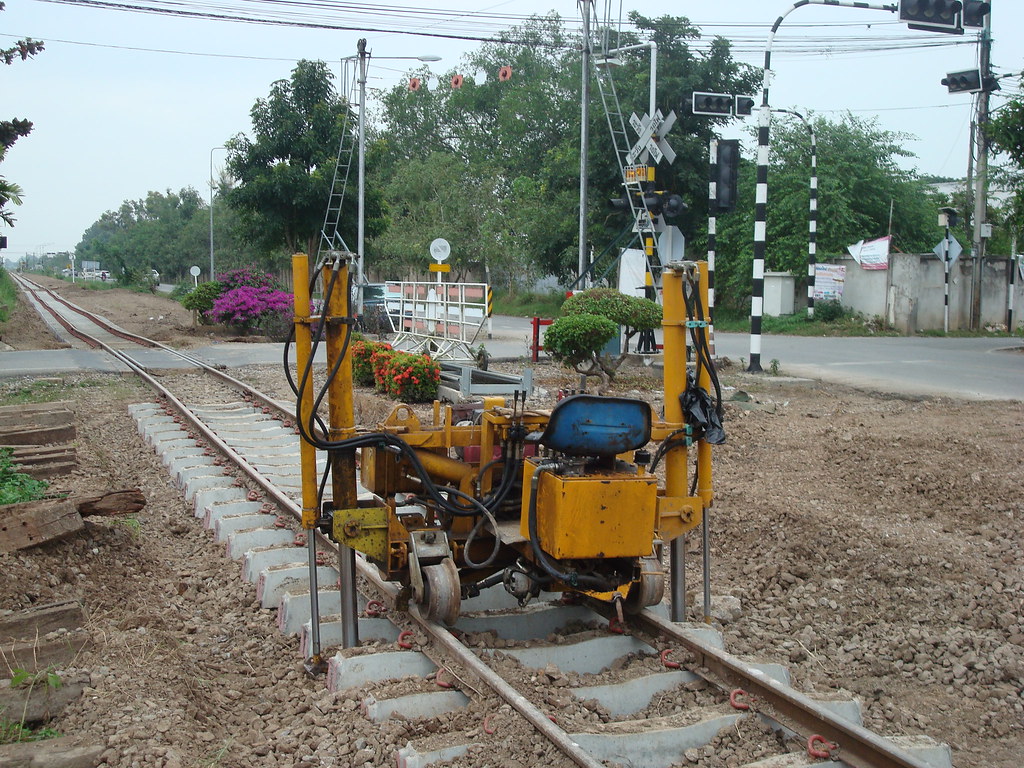 Both projects will only accept bids through an e-bidding process.
Photo By: Some Rights Reserved byrailasia

The State Railway of Thailand is getting ready to call on interested bidder for two railway projects worth a total of THB128 billion. The SRT hopes to make a decision on who the winning bidder will be by the end of the year.

According to the SRT’s governor Nirut Maneephan, they will be using an electronic bidding process to avoid gatherings in light of the current COVID-19 situation. Interested bidders will only have to submit documents and their bids online for the SRT to peruse before making its decision.
Governor Nirut said that they will be seeking bids first for the shorter northern rail route. The route, which spans 323 kilometers from Den Chai in Phrae to Chiang Rai’s Chiang Khong, is worth around THB72.9 billion.

The project will have three sub-contracts. One contract covers the 103-kilometer route from Den Chai to Ngao, which is worth THB26.5 billion, and the second contract will be for the Ngao-Chiang rai section which will cost 26.9 billion and will cover 132 kilometers.

Finally, the third contract will cover the shorter Chiang Rai to Chaing Khong section, which spans 87 kilometers only and will cost THB19.4 billion.

Once bids for these projects have been accepted and considered, the SRT will then open up for bidding the 355-kilometer northeastern route covering the area between Ban Phai district in Khon Kaen and Nakhon Phanom.

According to the SRT, the two rail route projects will involve the building of several satellite structures that are needed for its operations. These include stations, overpasses and underpasses as well as elevated sections that passes through population centers. The winning bidder is also expected to build and install communications and signaling systems as well.

In other news, Transport Minister Saksayam Chidchob announced that the Ministry will be launching up to three motorway projects in 2021.

According to Minister Saksayam, the State Enterprise Policy Office intends to start the bidding for one of the projects, the Ekkachai-Ban Phaeo motorway in Samut Sakhon, around June this year.

The other two projects are the Rangsit-Bang Pa-in and the Srinagarindra-Suvarnabhumi airport motorway. These projects will cost THB28.13 million and THB35.68 million.
Minister Saksayam said that the Prime Minister wants to prioritize these motorways before new projects are initiated.