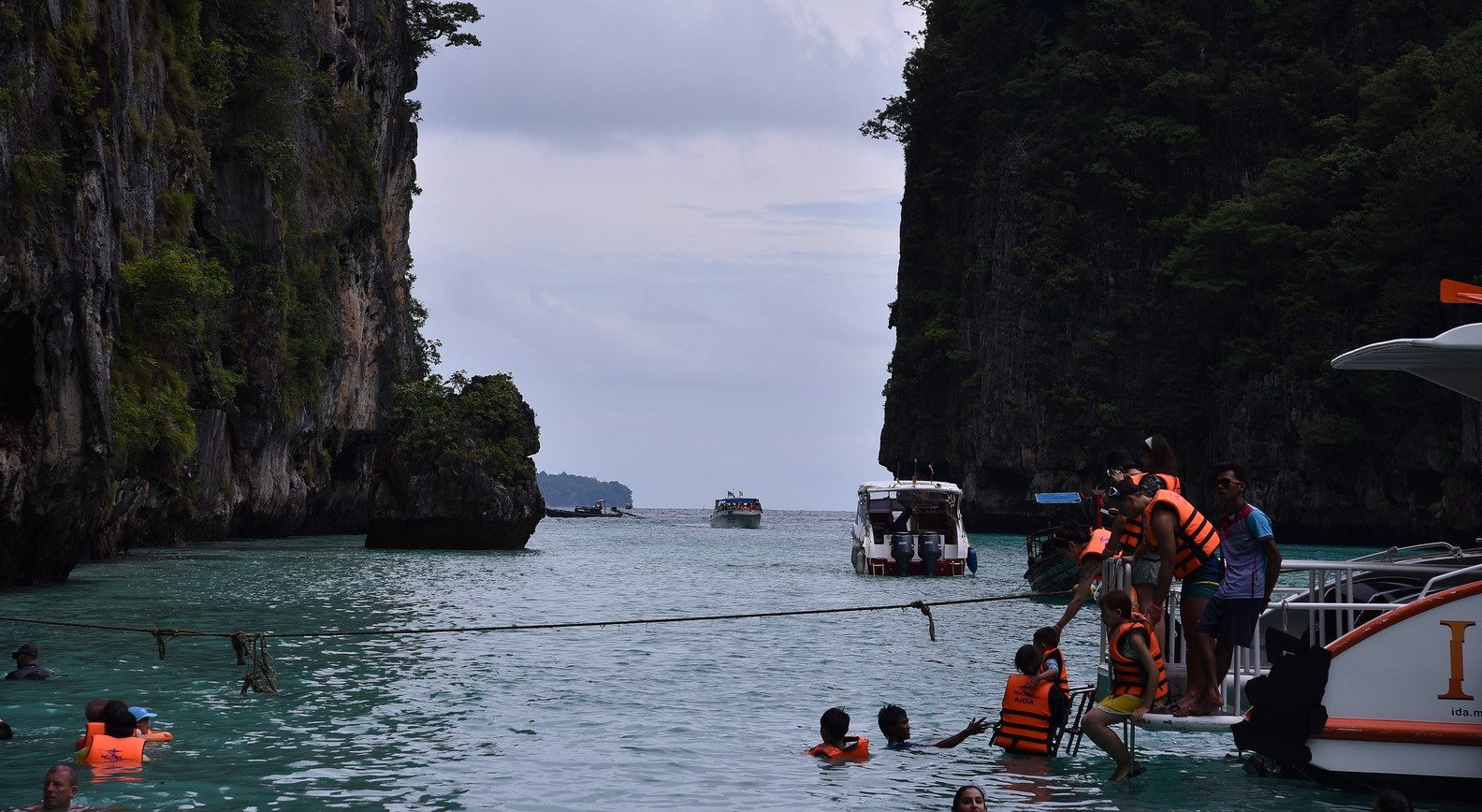 The income will come from tourists with high purchasing power, the TAT said.
Photo By: Some Rights Reserved by shankar s.

The state of foreign tourism in Thailand right now is a mere shadow of its former self, but the Tourism Authority of Thailand is confident that the country can pick itself up by next year and regain its economic prowess.

In a best-case scenario, TAT Governor Yuthasak Supasorn said that the country should be able to earn THB1.5 trillion of income from foreign tourists by second quarter of next year. This will come from the 20 million tourists that the government agency is forecasting for that said time period.

However, this is contingent upon the global situation with regards to the COVID-19 pandemic.

Governor Yuthasak specified that marketing plans are geared towards quality, and not quantity. Thus, they are targeting tourists with high purchasing power for next year.

The TAT governor also added that they are expecting local tourism to pick up to the tune of 120 million domestic trips. This translates to about THB800 million of potential revenues for the ailing tourism industry.

Governor Yuthasak further added that they have made tourism plans based on that best case scenario, but did not elaborate on the projects.

As part of the government’s efforts to inject income into the tourism industry, the TAT has offered the “We Travel Together” stimulus package to locals who might be interested in traveling domestically.

Under the stimulus package, they can avail of subsidies of up to THB3,000 per room per night of room accommodation. The subsidies only covers a maximum of five nights’ stay at any participating hotel.

In addition, they can also avail of subsidies for food and services of up to THB600 per room, per night as well.

Airline tickets are also covered, with the government refunding 40% of the cost of each ticket, for a maximum of THB1000 per seat.

According to Minister Phiphat Ratchakitprakarn of the Tourism and Sports Ministry, it may be because people are seeking additional benefits or revisions to existing benefits before they sign up to travel.

The Tourism and Sports Ministry are reportedly in discussion with the Ministry of Finance regarding the possible extension of the “We Travel Together” stimulus package to the end of the year. The package is initially scheduled to expire at the end of this month.

Recently, the TAT also announced a set of Loi Krathong festivities set to take place in six provinces – Ayutthaya, Tak, Samok Songkhram, Sukhothai, Chiang Mai and Roi Et. These events are expected to give domestic tourism another boost, as the Loi Krathong Festival this year runs up to a week.

The Kingdom is also awaiting the revival of foreign tourism, spearheaded by the Special Tourist Visa program. The first set of tourists reportedly from Guangzhou, China were set to arrive yesterday, Tuesday, at Suvarnabhumi Airport.

These tourists will be subjected to 14-day quarantine, as mandated by the Center for COVID-19 Situation Administration.