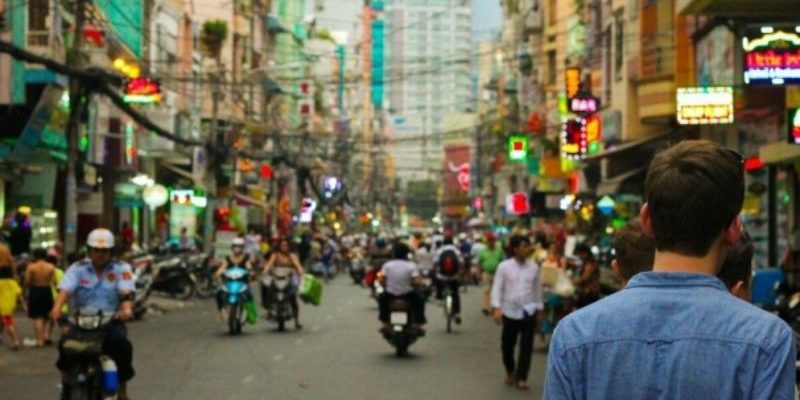 8 Things You Should Avoid Doing While In Thailand

Are you considering a vacation to Thailand or moving there? Then you should be aware of the do’s and don’ts in Thailand. Known as the Land of Smiles for its distinct customs and traditions.  Locals in Thailand are used to foreign tourists and are very tolerant. However, that is not an excuse to be reckless and do anything you want. Additionally, it is usually preferable to avoid making a mistake in the first place. As a result, do yourself a favor and educate yourself on how to be polite and avoid getting any issues when traveling in Thailand. Continue reading to discover more about the things you should avoid doing in Thailand.

8 Things You Should Avoid Doing While In Thailand.

1. Insulting or giving derogatory remarks against the Royal Family

It’s important to remember that the royal family is highly respected in Thailand. Speaking offensive or negative about the Royal Family may enrage the Thai people. Additionally, there is severe legislation against insulting the King or any member of the Royal Family, which carries a prison sentence. That is why it is better to avoid mentioning the King while in public areas. Additionally, you should never insult images of the King and the Royal Family. This includes stepping or stomping on any coins or bills bearing the King’s image. Historically, there have been many instances of tourists being imprisoned for expressing unfavorable views and behaviors against the King.

The Buddha is widely honored in Thailand, where the majority of the population is Buddhist. As such, you should always treat the Buddha. This will show your utmost respect for Thai religion and culture. Avoid standing on Buddha in order to obtain a near enough shot. Additionally, you should never copy the posture or point your feet in the Buddha’s direction. While we’re at it, refrain from bringing Buddha sculptures or photographs outside of Thailand. It is unlawful, and without authorization, you may face a hefty fine. 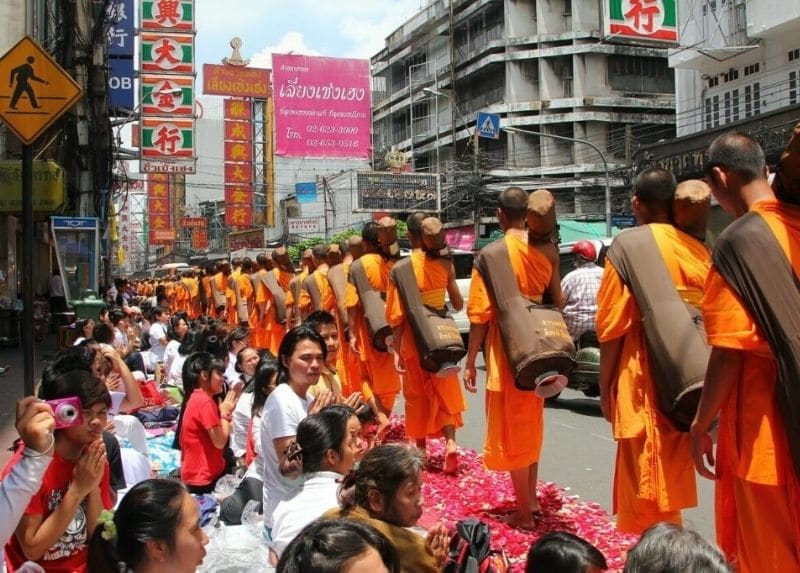 Touching someone’s head is a major no-no in Thailand. It may seem harmless, and you may be used to stroking someone’s head to express love at home. However, it is one of the most disrespectful things you can do in Thailand. The head is regarded as the holiest and sacred part. As a result, touching someone in the head is a form of disrespect. Always avoid touching anyone’s head or attempting to put anything on it (even a hat) unless you have a close connection with the individual. Certain hairstylists in Thailand may even seek your consent before touching your head.

5. Avoid wearing your shoes all the time.

Never enter a temple or someone’s house without removing your shoes. This etiquette is also applicable to some restaurants and establishments. As a general guideline, remove your shoes if you notice individuals that are barefoot inside.  Additionally, bear in mind that your feet are considered the dirtiest and lowest part of the body; thus, refrain from using your feet from picking something or putting the above tables or chairs. 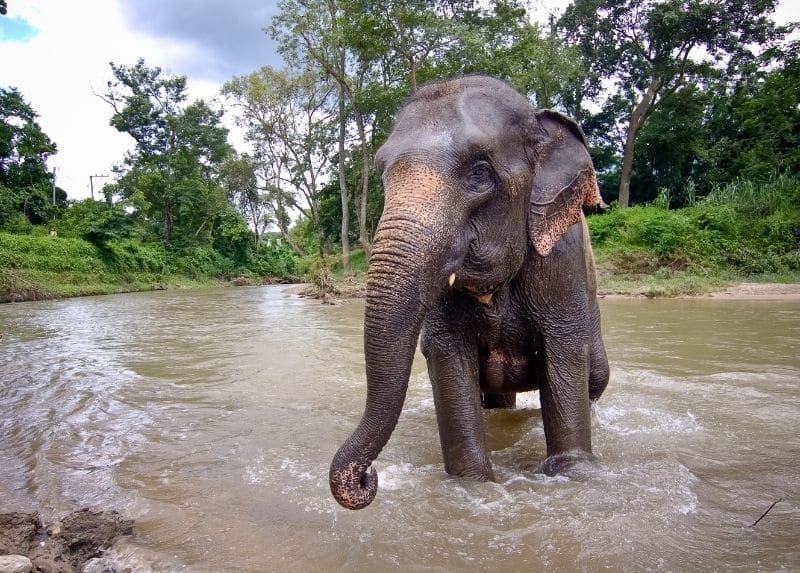 6. Avoid areas where wild animals have been caught.

It may seem thrilling to view and photograph wild creatures up close, such as tigers and elephants. However, these animals have undergone a torturous procedure and are often injected with drugs to make them more cooperative around tourists? Additionally, activities such as elephant riding are highly likely to be exploitative, making the elephants overwork and die due to fatigue. As a result, we urge you to avoid these areas and contribute to the end of this heinous practice. 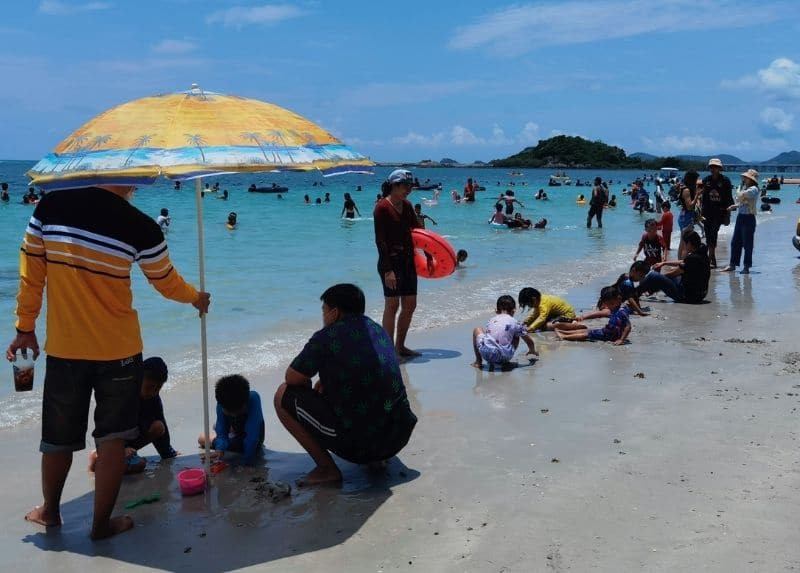 It doesn’t mean that you’re on vacation, you can disregard the environment. As a visitor, you are not permitted to leave garbage anywhere. If possible, avoid using plastic since plastic waste is an issue in the country. Only use plastic bags from convenience shops when necessary. Additionally, avoid touching or stepping on corals when snorkeling. It would be prudent to avoid removing coral reefs and shells from their habitat. Bringing them home as a souvenir has a risk of getting penalized. After relaxing on the beautiful beaches, remember to take your garbage home with you rather than leaving it on the beach. 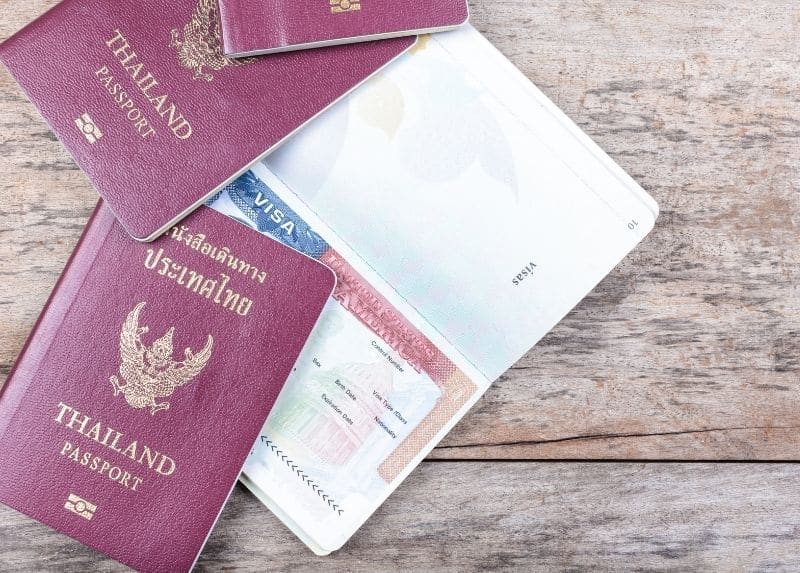 As is the case in any other nation, overstaying your visa may result in a fine. If you do not pay the required visa fees or visa extension fees, you have the risk of getting arrested. If you overstay three times, Thailand immigration will stamp your passport as an “undesirable foreigner.” This stamp would make international travel more difficult for you. Moreover, you may be temporarily barred from entering the country.

Avoid the hassle of extending your visa and overstaying fees and penalties using Thailand Elite Visas by Hawryluk Legal Advisors.  Enjoy a long-term stay in the “land of smiles” for a minimum of 5 years up to 20-year visa validity.  View membership program packages here.

Always remember these pointers and make the most of your time in Thailand!