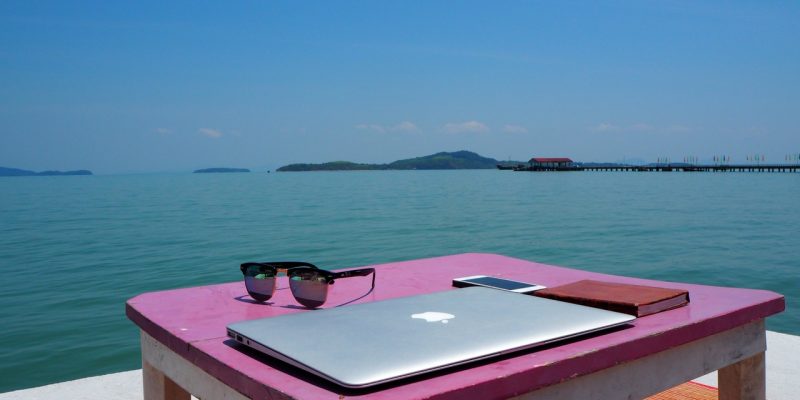 Being a digital nomad is a very fulfilling life. It can be challenging at first, but if you get things down right, you can fully reap the benefits of being a gallivanting laborer roaming the world armed with only a backpack and a laptop.

That’s right, because a digital nomad’s life is a life of freedom. You can work anytime you want, and anywhere you want. You can have a cup of coffee or a bottle of beer while you work, and no one will complain. You can travel to different countries without affecting your work, because all you need is a stable Internet connection.

Thailand is one of those countries favored by digital nomads. Coming to Thailand for work and leisure at the same time is possible when you are one. Now, out of all countries in the world, why do a large number of digital nomads settle for the Kingdom?

According to the Bangkok Post, Thailand ranks eighth in Asia for the fastest average Internet speed. As of 2019, the average speed in the country is at 21.4 MBps. The speed varies per city, of course – Bangkok has roughly 12 MBps average, while Pattaya has nearly 23 MBps average speed. The fastest city, according to data posted by Ookla, is Mukhadan with 32.19 MBps.

Thailand Has Many Beautiful Cities to Consider

Whether you like the fast paced life of capital cities, or the quiet by idyllic lifestyle of the suburbs, there is a city that can fit your ideal ambiance in Thailand.

For the partygoer, Phuket is the place to go. There are plenty of Phuket villas you can stay in for a few days in this island paradise. You can work during the day in the villa, and party at night. Phuket is known for its vibrant nightlife scene, including the popular ladyboy shows.

Should you want to become a digital nomad in Thailand for the long term, you can consider taking a look at Phuket’s real estate options.

The Cost of Living in Thailand is Relatively Inexpensive

Despite being one of the most developed countries in the Southeast Asian region, Thailand’s cost of living is relatively low. If you’re from the Western countries, you’ll definitely appreciate the difference in living expenses between Thailand’s cities and the cities of Europe, the United Kingdom and the United States.

On average, you can expect to spend around 60% less per day than what you would possibly spend in any of the Western cities you’d have visited before.

Even buying cars in Thailand is a lot more inexpensive than in any country in the West. Though there are models that are not imported to the country, the selection of cars in the Kingdom remains diverse – you can find European, American, Japanese and even Chinese cars in the Thai market.

Finally, being a digital nomad means that you can take full advantage of the Thailand Elite visa. The long-term validity means you can stay in Thailand for a longer time without having to do border runs, which are expensive in the long run. Contact us now and learn more about this government program for digital nomads.