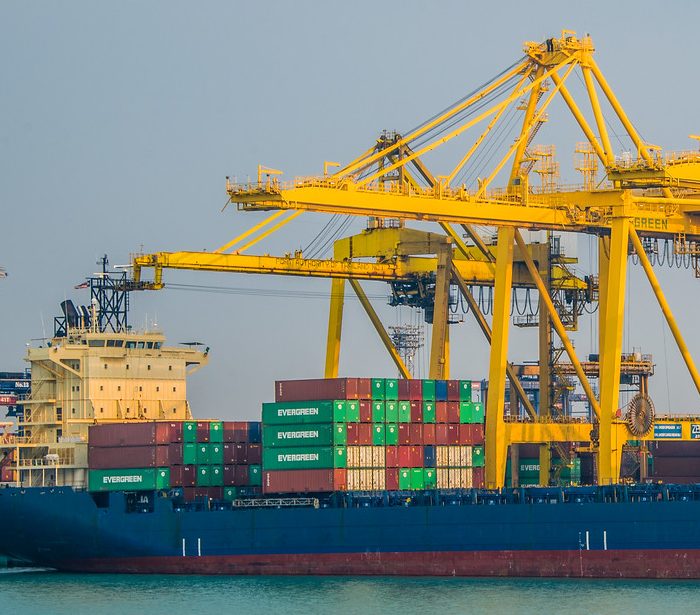 Exports are now seen as a key driver for economic growth in the absence of foreign tourism.
Photo By: Some Rights Reserved byTed's photos - For Me & You

The Commerce Ministry has reported sustained growth in the exports sector despite the ongoing third wave of infections in Thailand.

According to the Ministry, the amount of exports in March went up 8.47% compared to same period last year. This resulted to total revenues of US$24.22 billion, an amount that the Ministry described as a “record high” for the sector.

The Ministry also said that this growth was made possible by the economic stimulus that the United States government has passed to its citizens and business sector. Global vaccine rollouts in various countries also contributed to positive sentiment in exports.

Growth was also observed month-on-month, as exports in March were higher by 19.8% than exports done in February.

Majority of the exported products were rubber items, which saw a 109% increase in amount compared to last year’s exports. Rubber is also a major contributor to the rise in exports for the past six months.

Just like rubber products, the Ministry said that these key drivers had also exhibited sustained growth for the past six months as well.

On the other hand, imports by the Kingdom also rose by 14.12% year-on-year. The Kingdom imported a total value of US$23.5 billion in March, which is also 16.33% higher than imports done in February.

Again, the rise in imports is also positively influenced by the stimulus measures undertaken by the United States government under newly elected President Joe Biden, and the vaccine rollouts all around the world.
These, the Ministry said, are seen around the world as key factors that can influence the recovery and growth of the world economy after being ravaged by COVID-19 for a year now.

The Ministry also said that Thailand’s trading partners have increased purchases from the Kingdom, resulting to sustained growth in the exports sector. Only five partners have reduced their purchases for February, and these are, namely, Brunei, Indonesia, Malaysia, Singapore and the Philippines.

The International Monetary Fund, or IMF, has previously increased its growth forecast for the world economy. The global economy is now seen to grow by 6% this year, which is higher by 1 percentage point from the previous forecast of 5%.

As for the local economy, authorities are not expecting growth beyond 3% to 4% for this year.
The Bank of Thailand had announced earlier this month that it is not seeing the economy growing higher than 3% this year, while the national government announced a 4% ceiling on expected growth by the economy due to the effects of the second and third waves of infection.

The BoT said that it is ready to roll out new aid measures to promote public spending and to render financial assistance to ailing businesses. The government said that they are also planning new stimulus measures to keep the economy moving amidst the pandemic and a lack of international tourism.

The government added that the export sector could help the economy grow in the absence of tourism.