Suvarnabhumi Airport Reported A Surge Of Foreign Arrivals After The Removal Of Thailand Pass. 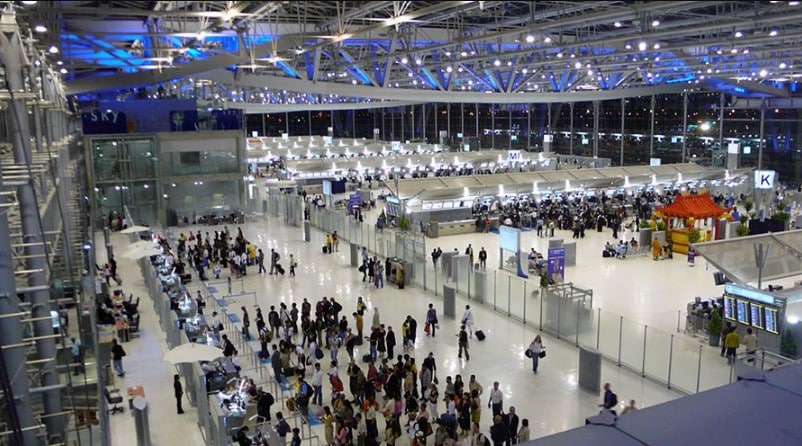 Since the removal of the Thailand Pass, the number of flights and travelers at Suvarnabhumi Airport in Bangkok has increased by 10%.  The removal of travel restrictions, such as the requirement to register in advance and get approved for a Thailand Pass on July 1 was touted by the government as opening the floodgates to the surge of foreign tourists with arrivals in the first half of the year predicted to be three and a half times those of the last six months of 2022.

Three days into the month, Suvarnabhumi Airport noticed a slight increase in arrival flights. With between 23,000 and 24,000 passengers per day, Suvarnabhumi Airport was the busiest in Thailand in June, with an average of 130 flight arrivals daily. On Friday, 27,642 the airport received 140 flights, while on Saturday, 27,147 passengers arrived via 134 flights. Sunday was the busiest day yet, with a total of 28,910 people arriving on 150 flights.

In 2019, the average number of foreign travelers arriving in Thailand was 108,500 per day. Nonetheless, Thailand is now attempting to fill hotels without Chinese and Russian travelers, which accounted for 30-40% of overall foreign arrivals before the pandemic period.

The government is celebrating the increase in air travel by conducting a celebration at Suvarnabhumi Airport to launch the “Thailand Moving Together” program. The program aims to show that Thailand is prepared for an increase in tourism and foreign flights.