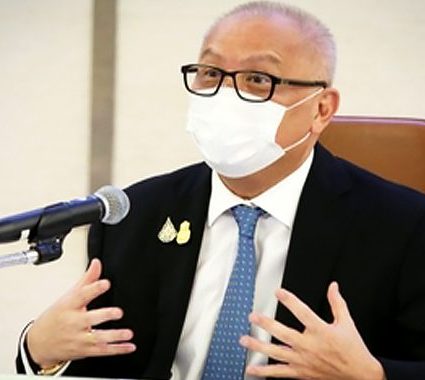 There will be a new focus on foreign direct investment and local consumption.

Deputy PM Supattanapong Punmeechaow said during the 38th annual meeting of the Thai Chamber of Commerce on Friday that one of the government’s focal points is the domestic industry.

Thailand’s economy is heavily reliant on tourism and exports, both of which require the foreign markets to bring significant revenues to the economy.

When the lockdown was in place from April until July, revenues for these two sectors plunged due to restrictions on international travel.

There came a need to encourage domestic consumption to keep the economy afloat amidst the uncertainty of the pandemic.

These resulted in stimulus packages, like the “We Travel Together” domestic tourism campaign and the “Let’s Go Halves” 50-50 co-payment scheme for local goods.

Deputy PM Supattanapong said that this scenario is likely to persist through 2021.

“Though the Thai economy is expected to recover to growth of 3-4% next year [from contraction this year], it will still rely on domestic consumption in the year to come,” he told attendees of the event.

The deputy PM then added that there is a need for reforms and economic restructuring to accommodate this new reality.

He said that the government will formulate an economic restructuring plan to be finalized early next year.

FDI will specifically flow towards new industries that have arisen during the pandemic, like the medical industry. The government is also seeking investors for sectors like electric vehicle manufacturing, smart electronics and sustainable development like clean energy.

For instance, foreign workers in the 12 targeted industries that are working in provinces encompassed by the Eastern Economic Corridor will enjoy a cap on income tax of 17%.

Furthermore, Mr. Supattanapong said that he is working with the Finance Ministry to extend these benefits to expatriate laborers nationwide, beyond the EEC.

Foreigners with valid work permits can also work and live anywhere in Thailand once the restructuring takes place, he said.

Mr. Supattanapong hopes that these new incentives will invite more foreign capital and talent to come to Thailand.

To further develop the local market, Mr. Supattanapong said that they will be gathering data on Pao Tang users that have registered for the “Let’s Go Halves” stimulus package.

Using this data, the government will then collaborate with Krungthai Bank to develop a new e-commerce platform that will allow local operators to directly sell their products online.

This project will undergo ongoing development in the next three months.

Mr. Supattanapong said that the platform is more niche-oriented than existing apps like Lazada and Shopee.

Promising a unique experience for both buyer and seller, the platform is inviting members of the Thai Chamber of Commerce to participate and sell their products.